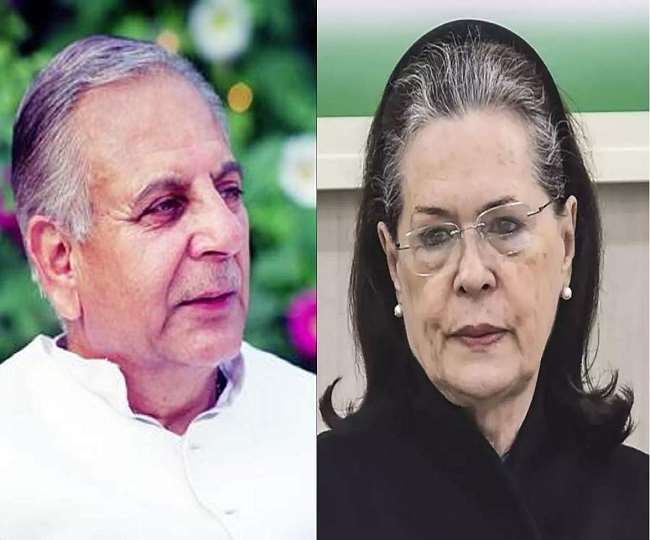 Congress youth leader Jitin Prasada joined the BJP on Wednesday breaking off an association of nearly 20 years with Congress. In view of the elections in UP next year, Jitin, who was close to Rahul Gandhi, joining the BJP is a big setback for the Congress.

Last year, he had faced heavy opposition in the party for demanding a non-Gandhi Congress president. But the rebellion Jitin has got in the tradition. His father, Kumar Jitendra Prasad, also challenged Sonia Gandhi for the post of Congress President in the year 2000.

Jitin Prasad's family has traditionally been a Congress family. His grandfather Jyoti Prasad was a Congress member and held many important positions. Jitin Prasad's father Jitendra Prasad entered politics in 1970 as a member of the UP Legislative Council. After this he was elected to the fifth Lok Sabha from Shahjahanpur in 1971. He was also the Vice President of Congress.

In the year 1998 when Sonia Gandhi announced to contest the election for the post of Congress President, it had only been one year since she became a member of Congress.

She had taken the primary membership of Congress in 1997 itself. In 1998, she announced to contest for the post of Congress President.

The then Congress President Sitaram Kesari had not completed five years by that time but he could not openly oppose it.

Congress leader Jitendra Prasada also disagreed but he too could not protest at that time.

In 1999, Sharad Pawar, PA Sangma and Tariq Anwar revolted against Sonia. He said that Sonia Gandhi of Italian origin cannot become the Prime Minister of India. The dispute escalated and in the end all three were expelled from the party. Later they formed the Nationalist Congress Party (NCP).

The baton of rebellion thus got handed over to Pilot and Jitendra Prasad. Both had expressed their displeasure against family-based leadership.

Experts say that in 1998, it was Rajesh Pilot who wanted to stand against Sonia for the post of president. Their argument was that if more capable and experienced leaders than Sonia were in Congress, then why she should lead.

Rajesh Pilot's accidental death in the year 2000, Rajesh Pilot planned that he would contest against Sonia for the post of president. He also held a massive rally with Jitendra Prasad on May 21, the birthday of former Prime Minister Rajiv Gandhi. But fate had something else in mind. Within 20 days, on June 11, he died in a car accident.

In the year 2000, Jitendra Prasad challenged as he was now the one to hold the flag of rebellion. He decided to oppose Sonia in the 2000 presidential election. He stood for the post of President against Sonia. Elections were held in November 2000, but they were badly defeated. He got only 94 votes out of 7,542 votes cast in the election. Jitendra Prasad could not bear this crushing defeat and he died of brain haemorrhage on 16 January 2001.

On Twitter, #JitinPrasada is trending at number one for India. While the tweets of BJP leaders and party workers welcoming him were flooding the Twitter timeline, so were Jitin Prasada’s statement, "I have a three-generation connection with Congress, so I took this important decision after a lot of deliberation. In the last 8-10 years I have felt that if there is one party that is truly national, it is BJP".

Satish Acharya drew a fitting political cartoon in which Amit Shah claims, “Shopping essential goods online, ahead of the UP festival of democracy!”

While another Twitter user made a point with his screenshots of Jitin Prasada wishing happy birthday to Uttar Pradesh CM Yogi Adityanath and then joining BJP; with the screenshot of Pilot too wishing birthday.

Another Twitter user claimed that Jitin Prasada is not the face of Brahmin in Uttar Pradesh.