The thieves stole the parcels from train in LA, left the empty parcel bags on the tracks 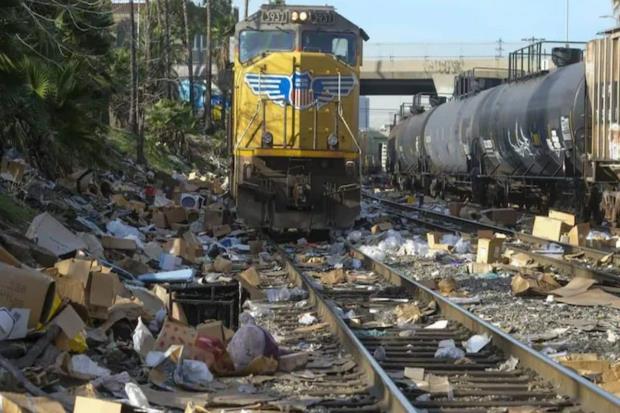 Theft cases are rising in the US, dozens of freight cars have been broken every day near Los Angles Railway Station. But now they have taken advantage of the train's stop also. Photos and Videos of a theft got viral on Internet, where the thieves looted a train carrying the online ordered packages from Amazon and FedEx. After the theft, they left thousands of empty boxes and opened parcels on the tracks.
The thieves waited for the trains to immobilize and then climbed onto the containers. They broke the locks of the containers with bolt cutters and stole the parcels they want.
More than 90 containers are being vandalized every day. The number of theft cases has increased since the rise in Christmas shopping from last December 2021.
Also read: Jalandhar:PAP Chowk blocked; Army exam candidates demand justice
They left many unwrapped parcels on the tracks containing covid kits, furniture, medications and other cheaper items. The rate of theft is increasing rapidly in the area.