Key things to know about New Covid variant B.1.1.529 identified in South Africa

The new strain has more than 50 mutations with a total of over 30 changes in the spike protein. 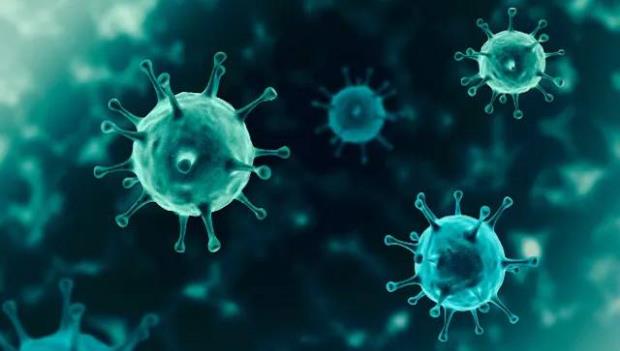 A new “Heavily mutated” variant of coronavirus, named B.1.1.529 variant, that has been detected in Botswana and South Africa has raised red-flag across the world over an alarmingly huge number of spike mutations that may make the virus more immune to the vaccines, increase its transmission and result in more severe Covid-19 symptoms.

The new strain has more than 50 mutations with a total of over 30 changes in the spike protein.

The new strain identified at the start of this week has already reached neighbouring countries where it has infected fully vaccinated people.

Meanwhile, another two cases have also been detected in Hong Kong, where two travellers who arrived in the Chinese city from parts of southern Africa had been made to undergo quarantine by the local laws.

India on Thursday has issued an alert for the B.1.1.529 variant which the scientists have called a "very unusual constellation" of mutations and directed for rigorous screening of passengers arriving in India from these three countries.

Union Health Secretary Rajesh Bhushan, in a letter to all states and UTs, wrote, "This variant is reported to have a significantly high number of mutations, and thus, has serious public health implications for the country, given recently relaxed visa restrictions and opening up of international travel."

1. Scientists believe the new B.1.1.529 Covid-19 variant carries an unusually large number of mutations and is "clearly very different" from its previous mutations, Tulio de Oliveira, a bio-informatics professor from South Africa told the media yesterday during a press conference. This variant could also escape the body’s immune response, meaning the new strain could be more transmissible. More than 100 cases of this new variant have been reported in South Africa and with several more in neighbouring Botswana.

2. On Friday morning,  Epidemiologist Dr Eric Feigl-Ding tweeted informing that the samples from the two infected people found in Hong Kong returned have  "very high" viral loads. "PCR Ct values of 18 and 19... insanely high considering they were negative on recent PCR tests," he said. The thing to worry about is that the new variant is airborne, given that the two people were kept in separate rooms.

3. The new Coronavirus variant has in total 50 mutations including over 30 spike proteins alone, which is the target of the many available vaccines. The receptor-binding domain has 10 mutations in the variant compared to just two for the Delta variant that caused severe damages worldwide.


4. "We don't know very much about this (variant) yet. What we do know is that this variant has a large number of mutations, and the concern is that when you have so many mutations it can have an impact on how the virus behaves," said Dr Maria Van Kerkhove, WHO's COVID-19 Technical Lead, stressing on the importance of getting the two shots of the vaccination.

5. Other nations have also reacted to the new strain showing concerns of setbacks to the global efforts made to overcome the pandemic and bring the economy and life on track. The UK was quick to ban flights from South Africa, Botswana and other southern African countries.
Francois Balloux, Director of the UCL Genetics Institute in London reportedly has hinted that the new variant could have emerged during chronic infection in an immunocompromised person, who probably might be an untreated HIV/AIDS patient.

6. A virologist at the Imperial College London, Dr Tom Peacock, took to Twitter and posted details about the new variant. "Worth emphasising this is at super low numbers right now in a region of Africa that is fairly well sampled, however, it very very much should be monitored due to that horrific spike profile (would take a guess that this would be worse antigenically than nearly anything else about)," he said.