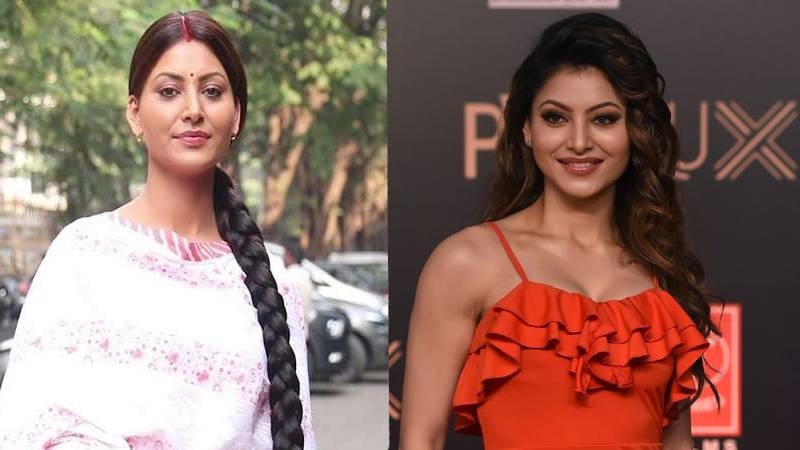 Theories and speculations spread like a fire in the forest in the Indian entertainment industry. Due to such things, Indian media often gets slammed for its irresponsible journalism. Recently, Bollywood actress Urvashi Rautela had to face a similar kind of speculative story about her. Urvashi recently uploaded photos and videos of her which led to speculation that the actress is already married to someone.

Urvashi shared a video in which the actress looked like a married Indian woman wearing Sindoor. The actress uploaded the video with the caption, "Got 10 shades darker than my original skin tone 🤍🤍 Something exciting coming up soon!!!Haaye mere lambe baal kisi ki nazar 🧿 na lage 🌹🌹What do you guys think about my new look ?"

Following this many her video and photos went viral which claimed that the actress has married someone secretly. Her fans also started speculating who might her prince charming. However, the actress soon took to social media and rubbished such claims. 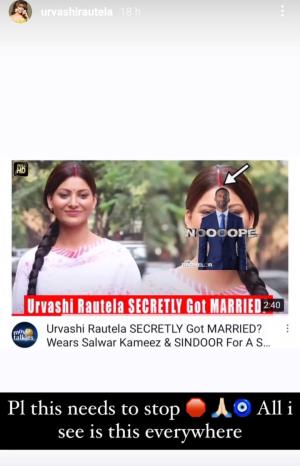 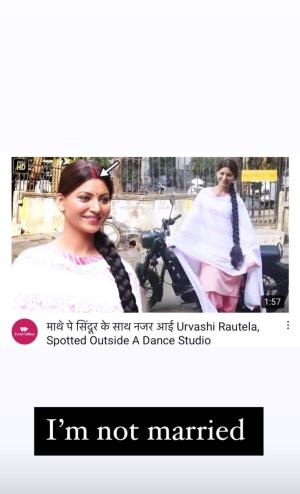 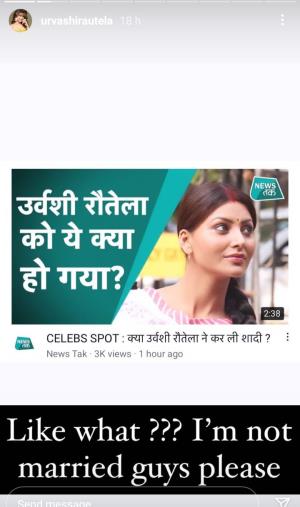 If reports are to be true, Urvashi's married look is for a project for which the actress is very excited.

Also Read: "Choose arms to fight for civilization": Kangana Ranaut's appeal to the Youth of India

Talking about Urvashi Rautela's work front, she is working in Mohan Bhardwaj's next film 'Black Rose'.  This will be the first bilingual film of Urvashi Rautela. The film is based on the play 'The Merchant of Venice' by famous  Shakespeare.