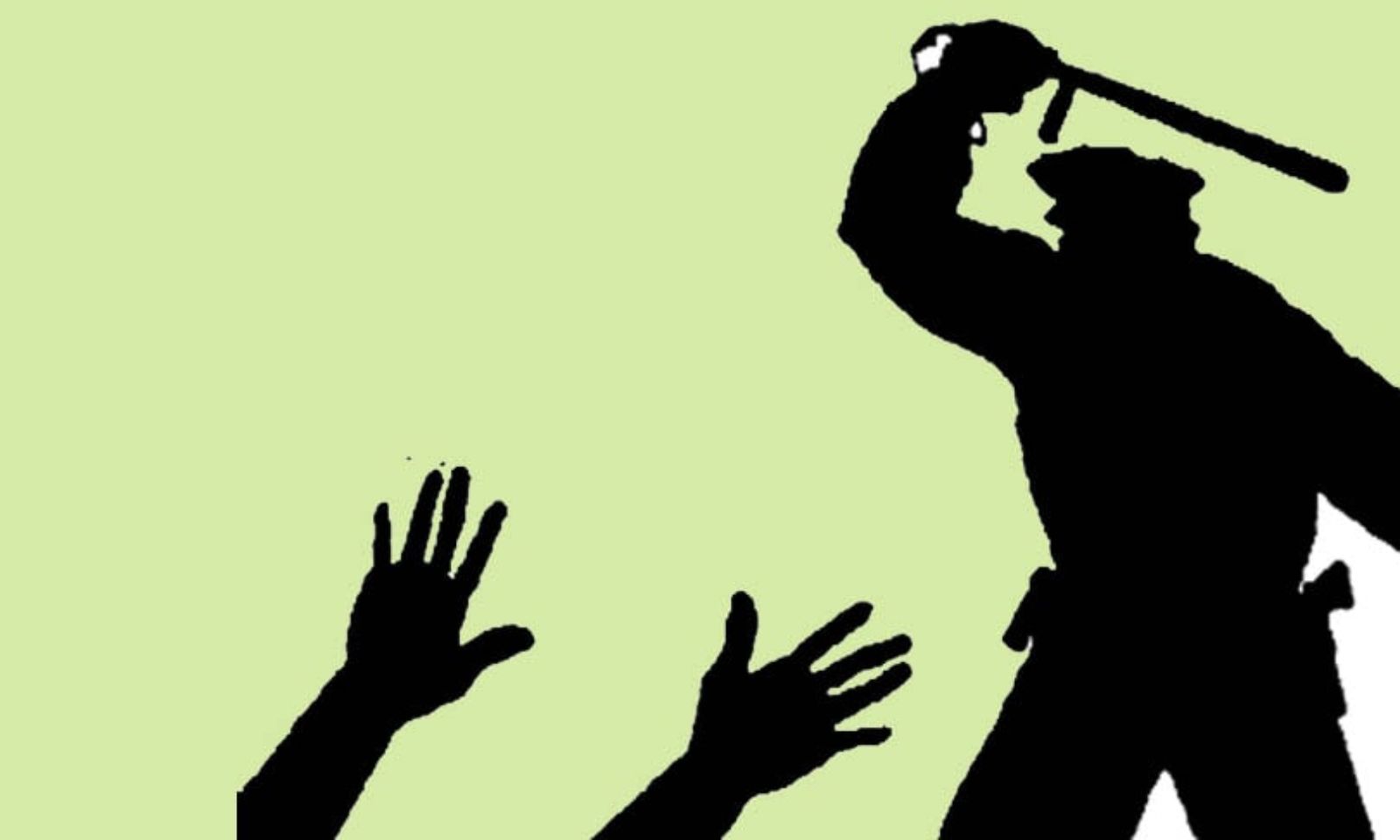 Several states are imposing lockdowns to break the chain of novel coronavirus. Police are deployed to prevent the violations of restrictions and punish violators. However, since last year when the lockdown was imposed for the first time, several incidents of police brutality in the name of guarding Covid protocols have emerged.

Many stories of misbehaviour or cruelty by police officers were reported from many states and Uttar Pradesh is one of them. Uttar Pradesh Police often complain that the media is rather harsh on it. But, recently emerged three incidents clearly show the ruthlessness of UP Police.

In one incident from Bareilly district, UP police are accused of hammering nails into a young man’s hands and feet for not wearing a mask.

On Wednesday, the victim of police brutality Ranjit and his mother Sheila Devi went to the SP office to file a complaint against the policemen. She said that Ranjit was stopped by police when he was crossing the Jogi Nawada police post. Ranjit didn't have a mask on his face at that moment, though he had one, the police started thrashing him. Not only this, but policemen proceeded to drive nails into his hands and feet.

Shiela Devi has demanded strict action against the policemen who punished her son in this inhuman way.

However, SSP Rohit Singh Sajwan has denied any police brutality in the matter. He claimed that this is Ranjit’s attempt to divert attention and escape in an idol-breaking case of 2019. SSP Singh also claimed that Ranjit himself has put nails in his hands and feet.

Five youth were beaten all night in Raebareli

In another incident, five youth were mercilessly thrashed all night in the police station. The five- Luvkush, Shivakant, Rahit, Vinay Kumar and Vipin Tiwari were returning from a tilak ceremony. They have accused Soochi post-in-charge, SI Mritunjaya Bahadur Singh of beating them. The five youths alleged that SI Mritunjaya signalled them to stop the car. They ignored him and tried to flew away, however, they were caught at some distance. They said that as soon as they stepped out of the car, the SI started thrashing them and they were beaten up overnight.

Police have said that they were drunk and misbehaving with police personnel. They abused policemen and tried to run away. They were booked under Section 151.

Man beaten and dragged to the police station in Mau

In a separate but similar incident, a man was beaten up by policemen. The video of the incident has gone viral on social media. Allegedly, the man was standing outside his house and two policemen started thrashing him for violation of Covid guidelines. The matter is under investigation.

Get the latest update about coronavirus lockdown, check out more about SSP Rohit Singh Sajwan, UP polices brutality, Uttar Pradesh Police & Man beaten and dragged to police station in Mau