'Rest In Peace' trends on Twitter as people bid farewell to Mahesh Koneru. 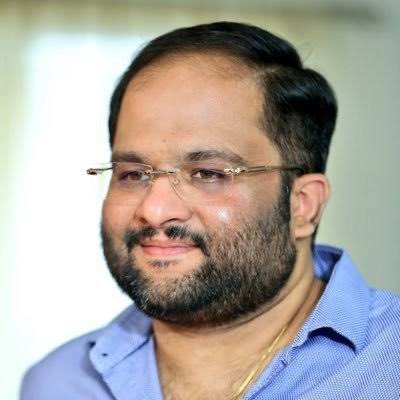 Mahesh S Koneru, a renowned producer of Tollywood breathed his last today, on October 12. He reportedly died of cardiac arrest. Koneru was very close to Tollywood superstar Jr NTR's and was his PRO (public relations officer).

The actor has expressed his condolences to the deceased young producer's family.

"With the heaviest of heart and in utter disbelief, I am letting you all know that my dearest friend @SMKoneru is no more. I am shell shocked and utterly speechless. My sincerest condolences to his family and his near and dear,” wrote Jr NTR on Twitter.

Koneru was acknowledged for producing blockbusters like Thimmarusu and Miss India which starred Satyadev Kancharana and Keerthy Suresh, respectively. His latest production, Sabhaku Namaskaram, starring Allari Naresh is yet to be released.

Also Read: Legendary Nedumudi Venu, who acted in over 500 movies passes away

Koneru also had cameo appearances in a handful of films.

He was a close friend of many in the film industry, and his death came as a shock to many. Besides his family and friends, people on social media are also shocked by the untimely demise of young and promising Koneru.

'Rest In Peace' trends on Twitter as people bid farewell to Mahesh Koneru.