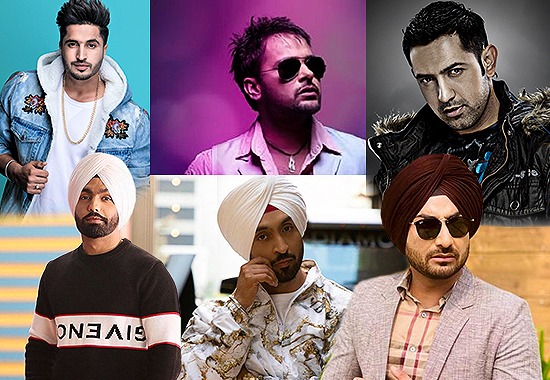 Punjabis have always been blessed with a very quirky sense of humour, and an equally intelligent sense of comic timing! Earlier the Punjabi movies had limited genres, with a very limited cast of actors available to fit the role. However, in recent years, we have seen how the Punjabi Film Industry has undergone an exceptional transformation. So much so, that today, it is a complete industry In itself, which is parallel to Bollywood, and is a serious one to reckon with! If Hindi movies belong to Bollywood then, how can Punjabis stay behind! Punjabi movies belong to Pollywood!

What changed in these years?

Scripts were written earlier too, Punjabi movies were made earlier too, so what exactly changed? Well, In the course of the most recent couple of years, the most important contribution has been the fascinating inflow of very talented actors. So much is the popularity of Punjabi movies, that many Bollywood actors have also joined the Punjabi Film, while, a lot of Punjabi actors have been able to make a spectacular mark in the Bollywood industry!

So, let's take a look, at the list of the top 10 Punjabi actors of 2021 who have ruled the hearts and box office!

DiljitDosanjh started his career as a Punjabi singer. After winning the hearts of his fans, he made his debut in 2011 in Pollywood with the movie “The Lion of Punjab”. And, he never had to look back since then! He went on delivering hits after hits like – Jatt and Juliet, Shadaa, riots of 1984, and many more. His talent, dedication earned him his Bollywood debut in Udta Punjab in 2016. His acting skills sent ripples across in Bollywood. Be it any genre, Diljit knows how to give his best and justify the script.

Born as Rupinder Singh, GippyGrewal is a man of many talents. He has the talent of a singer, actor, producer, and director. He is an actor par excellence and is known for his excellent delivery of emotions. He is a very popular actor in Punjab, especially amongst the youth. He made his debut in Pollywood with the movie Mel Kara De Rabba and his other notable films include Carry OnJatta, Bhaji In Problem, and Lucky Di Unlucky Story.

An actor with an international background, Amrinder Gill is a Punjabi actor from Canada! He is an excellent actor, singer, composer, songwriter, and producer. He made his debut with the movie ‘Munde UK De’ in 2009. His outstanding performance has earned him 24 nominations in the PTC Awards, out of which he has won three Best Actor Awards. His outstanding performances include IkKudi Punjab Di, TaurMitran Di, Daddy Cool Munde Fool, Goriyan Nu DafaKaro, Angrej, Love Punjab, Lahoriye, GolakBugni Bank TeBatua and Ashke. His 2020 hit is ChalMera Putt 2.

AmmyVirk is the rechristened name ofAmrinder Pal Singh.  He began his career as a Pollywood singer and actor. His unique compositions had a very refreshing feel, which made him very popular with the crowd. Today, he owns a production house and distribution house. He entered the Punjabi Industry with hi film Angrej in 2015, for which he won the much-coveted PTC Best Debut Award. His many other Punjabi films are Nikka Zaildar, Qismat, Angrej, Ardaas, Bambughat, and Rabb Da Radio. Sufna, his latest release was also very well received by the audience.  His upcoming release is Puaada.

Jimmy Shergill, is a very smooth actor who dabbles both in Hindi and Punjabi movies, meticulously. Always aspiring to be an actor, he entered Bollywood with Maachis but he was noticed first, for his chocolate boy performance in the musical romance Mohabbatein under the Yash Raj Productions, with an ensemble cast. Jimmy Shergill also, took to the Punjabi movies over the last couple of years and made his debut in Punjabi movies with the movie YaaranNaalBharan in 2005. His screen presence and smooth performance were lauded by the audience, and since then he has delivered a very good performance in other movies like Mel Kara De Rabba, Dharti, Munde UK De, Shareek, Saadi Love Story, and Aa Gaye Munde UK De. His latest Punjabi movie was DaanaPaani in 2018.

Jasdeep Singh Gill, who is better known as Jassi Gill is not just an actor! He is a style icon, who has changed the face of Punjabi movies and music. He is praised for bringing a certain zest and the X factor to Punjabi acting! Whether it is comedy or drama or romance, he makes it very believable and convincing on screen. He made his Punjabi debut in movies in 2014 with “Mr.&Mrs. 420” for which he won the PTC Best Male Debut Award as well in 2014. He then went on further in his film career with movies like Dil Vil Pyaar Vyar, Mundeyan Toh Bachke Rahin, Oh Yaara Ainvayi Ainvayi Lut Gaya, Dildariyaan, Channo Kamli Yaar Di. He has made his mark in Bollywood as well, when he made his debut in 2014 with the movie Happy Phir Bahaag Jayegi in 2018.

Harish Verma is a popular Punjabi actor who debuted in the Punjabi industry with the movie Punjaaban in 2010. He has worked in the Bollywood television industry as well in the popular daily soap – Na Ana is Des MeriLaddo. His brilliant acting skills have made him work consistently in movies like YaarAnmulle, Burrraahh, Daddy Cool Munde Fool, Viyah 70 Km, RondeSaareViyahPichon, What AJatt, Vapsi, KrazxyTabbar, Ashke, and Nadoo Khan. His latest release was YaarAnmullein 2021, which was an instant hit!

One of the oldest comedians in the Punjabi movie industry, JaswinderBhalla is an actor, who started his career as a comedian in 1988 with Zee Punjabi, Doordarshan. He made his debut in the Punjabi film industry with the movie DullaBhattiway back in 1998. His notable works include his characters and performances in the movies SadaHaq, Key Club, Rupinder Gandhi–The Gangster, Rupinder Gandhi 2 —The Robinhood, Dakuan De Munde, Collegiate, DulhaBhatti, Kakaji, Blackie, and DSP Dev. His latest release was Kitty in 2019.

One of the most famous legendary Punjabi actors of all time! Known for his amazing love for theatre, GurpreetGhuggi has been in the Punjabi industry for a very long time. He made his movie debut in 2012 with JeeAayan Nu, but it was never released in theatres. His official breakthrough happened with the movie Ardaas in 2015, which won him the Best Male Actor at the Filmfare Awards in the Critics category.

These actors have taken the Punjabi film industry to a whole new level.