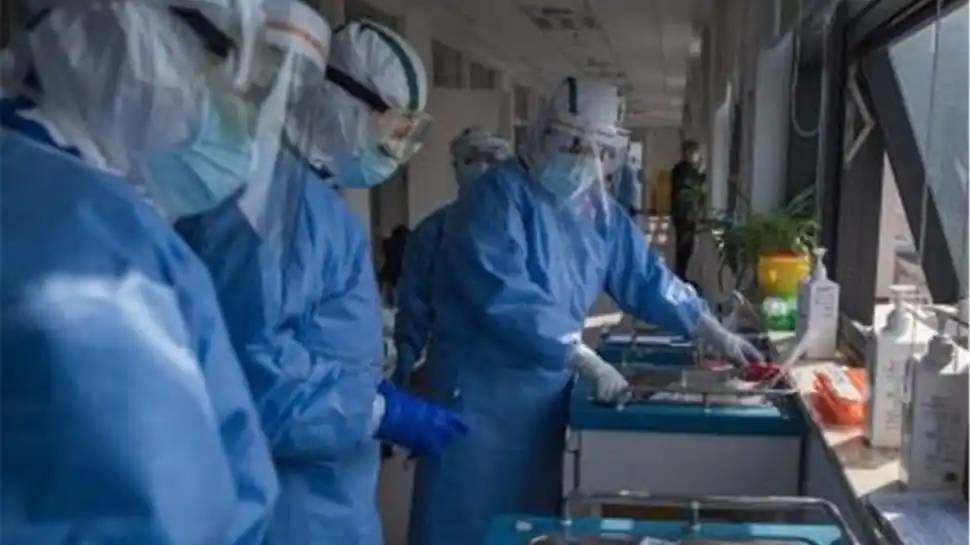 The question of where Coronavirus originated is something everybody is seeking after. Scientists have no clue from where the Covid known as SARS-CoV-2 came from. The whole world is currently running a debate on whether SARS-CoV-2 emerged from China’s Wuhan Institute of Virology (WIV) or if it has a natural source. Over 17 crore Covid victims, including more than 37 lakh people who lost their lives to this virus, need justice.

The US government national laboratory concluded in a report the theory claiming the virus leaked from Wuhan lab in China is plausible and deserves further investigation, The Wall Street Journal has reported. This study, which was prepared by Lawrence Livermore National Laboratory in California in May 2020 was referred to by the State Department when it conducted an inquiry into the pandemic's origins during the final months of the Trump administration, the report said. Lawrence Livermore's evaluation formed on genomic analysis of the COVID-19 virus.

The world in December-end 2019 woke up to a viral outbreak that was being reported in China. It was termed as an unknown pneumonia-like illness. The Wuhan Municipal Health Commission on December 30, 2019, issued an “urgent notice” stating that multiple cases of pneumonia had been reported from the Huanan Seafood Wholesale Market in this Chinese city.

The news about the outbreak was informed to the World Health Organization (WHO) by China on December 31. The Hunan seafood market was designated as the epicentre of the virus.

Some activists by the end of the first week of January 2020, particularly in Hong Kong, vocalised saying that the Sars has emerged from a Chinese lab and alleged it to be a bio-weapon.

One of the early Twitter accounts that hinted that Coronavirus be a laboratory leak was @GarboHK, which asserted China “strikes again with a new virus”. The tweet dates to January 5, 2020.

Later, a Wuhan Diary involving posts on Weibo, the Chinese similar to that of Twitter started documenting the Covid-19 situation and the lockdown in Wuhan. Author Fang Fang, a popular Chinese writer, accused the Chinese government of intentionally holding back information that Covid was a human-to-human spread. Her posts were often destroyed by the Chinese authorities who have censored her for spreading misinformation.

Sooner reports began appearing in the UK and the US alleging that SARS-CoV-2 could have emerged from China’s Wuhan lab. As per some intelligence, source-based reports work on a bio-weapon was undergoing in China and the board of experts had objected to the biosafety level of the Wuhan lab.

Then on January 24, 2020, a study published in The Lancet showed examination of the first 41 hospitalised Covid-19 patients in Wuhan, which showed two key findings by the Chinese researchers. First, 13 of the initial 41 patients were not exposed to the seafood market as proclaimed by China as the outbreak ground-zero. The second finding claimed that the first patient has no association to the seafood market and latter cases reported in Wuhan.

At the same time, articles pointed out that the Wuhan lab where research on scores of coronaviruses was ongoing, was merely 25-30 km away from the seafood market, which had been closed and cleansed by the Chinese authorities.

US Senator Tom Cotton was the first public representative to speak openly about Sars-2 might have been a possible lab leak virus. Cotton on January 30 called it “a catastrophe on the scale of Chernobyl for China” while cautioning that “the coronavirus could result in a global pandemic”. On February 6, Chinese researcher Botao Xiao published a paper assuming that “coronavirus probably originated from a laboratory in Wuhan”.

A Lancet article published on February 19, 2020, containing a statement of 27 scientists, described the voices supporting the natural origin of SARS-COV-2 as “conspiracy theories”.

The statement is now being scrutinised with a suggestion that the goal was to mislead the scientific investigation. Three of the scientists have come out and said that the lab origin theory cannot be dismissed due to available evidence.

During this phase, there were no significant updates apart from some known China-basher groups and individuals talking about the Wuhan lab origin theory of SARS-COV-2. These included former government officials, intelligence sources and leaders, including those from the Bill Clinton administrations. The reason they gave was the ongoing coronavirus research at Wuhan lab and China’s blocking of access to research data.

Canadian biotech entrepreneur Yuri Deigin, in his post, said that creating a SARS-CoV-2 like strain would not be difficult. But he also said that there is no evidence suggesting that the Sars-2 was created at the Wuhan lab.

This time Yuri Deigin publishes another paper in collaboration with Austrian microbiologist Rossana Segreto where they bring back the Wuhan lab theory of the origin of SARS-CoV-2 back.

They said that a few structural features in Sars-2 looked like they have been lab designed. They pointed out that no natural host for human transmission had been traced.

The two researchers asserted: “The genetic structure of SARS-CoV-2 does not rule out a laboratory origin” and hit out at the February 19-The Lancet statement authors saying, “an artificial origin of SARS-CoV-2 is not a baseless conspiracy theory that is to be condemned”.

Before Donald Trumps stepping down as president, his administration released a fact sheet on January 15 2021, saying that the first cluster of COVID-19 patients was from Wuhan lab who “became sick in autumn 2019” - tracing the origin of COVID-19 months back from the original Chinese stand.

On February 9 this year, the WHO panel that visited China stated that the origin of Covid-19 did not find evidence to support the “laboratory incident hypothesis” and “is unlikely to explain the introduction of the virus into the human population”.

However, two days later, WHO Secretary-General Tedros Adhanom Ghebreyesus took a sort of about-turn to say “that all hypotheses remain open and require further study”.

The Joe Biden administration interestingly toed Donald Trump’s line saying on February 19 that “China must make available its data from the earliest days of the outbreak”.

Also Read: From free covid vax for 18+ to process of unlocking, here are the key takeaways from PM Modi’s address

On March 4, many prominent scientists wrote an open letter to the WHO demanding a “full and unrestricted” investigation into the origin of Covid-19.

By May-end, several groups of scientists started debating the possibility of Sars-CoV-2 leaking from the Wuhan lab with some suggestion going as far as that it is a genetically modified virus ready-to-infect humans which explains the absence of mutation as expected.