Baking from the age of 9, Anushka knew all she ever wants to do is bring joy to people's lives with her cakes and thus she opened her own bakery - Caramellow in Jalandhar. 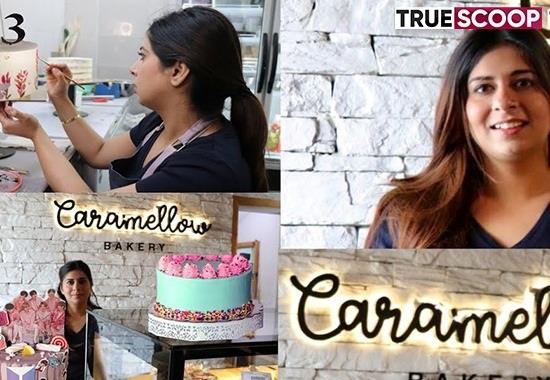 People love cakes and those who don’t, we don’t know what's wrong with them. Being almost everyone's comfort food, cake is another name of happiness. And cake wali Anushka delivers this happiness right next to our doors.

Baking from the age of 9, Jalandhar’s Anushka knew all she ever wants to do is bring joy to people's lives with her cakes. This dream of her’s made her return to India from Canada and open her own bakery - Caramellow in Jalandhar.

Anushka says she always knew she wanted to make her career in the bakery. Having limited options in Jalandhar, she moved to Canada in 2016 where she completed her bakery course from Centennial college.

After three years of working in a french bakery, cake bakery and bakery of a five star hotel, Anushka came back to India having big dreams in her mind.

Anushka recalls how everyone advised her to stay in Canada and get a PR. Even her father did not support her risky decision of starting a small business at first. But, he subsequently started supporting and never left her back since.

With the immense support from her father and incredibly skilled staff, Anushka is making her way among some popular bakers in the town.

Also Read: That old pair of jean needs some customizing? Creativemess to the rescue!

She calls her staff her best friends as they spend almost 90 per cent of the day with each other. And Anushka’s singing while baking adds extra taste to her super realistic cakes.

With high dreams in mind, Anushka sees herself having another branch in Canada. Currently, she is working to build an NRI business which she explains- will allow people to order and pay people from abroad and deliver cake here.

“We are connecting dots,” says Anushka.

To all those small business owners working hard on their dreams, Anushka advises following what their heart says.

“Just follow your dreams and don’t give attention to what others are saying. Your heart knows better”