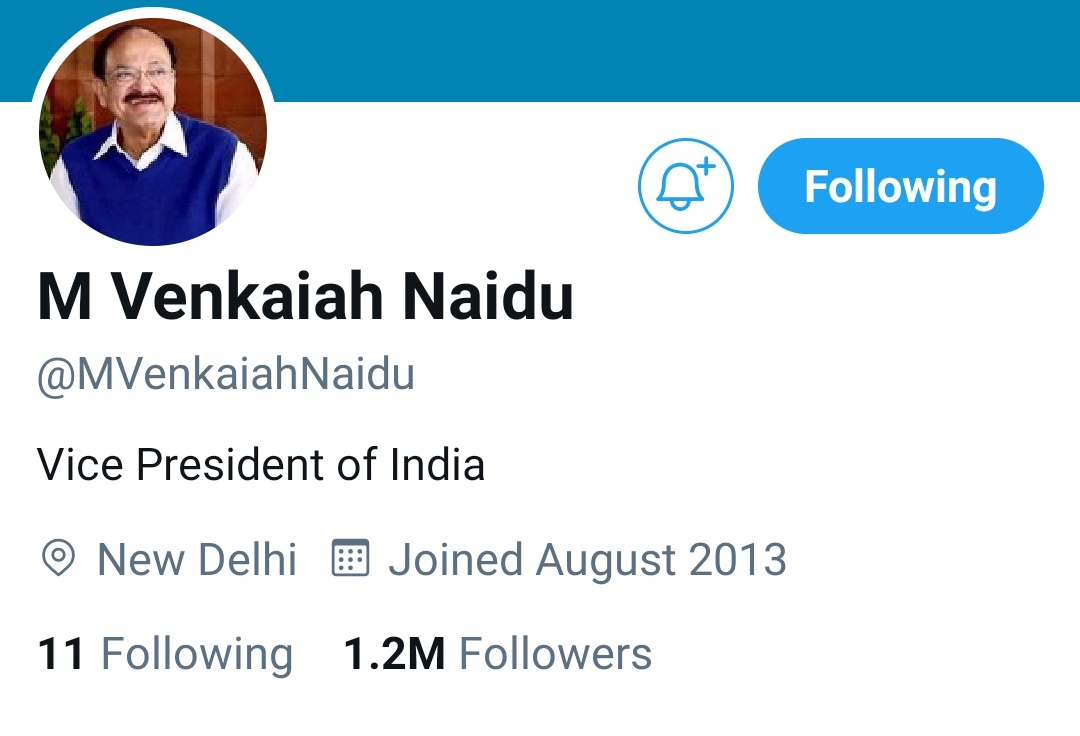 The verified badge or ‘blue tick’ lets people know that an account of public interest on the social media platform is authentic.

According to Twitter, the company has the right to remove the blue verified badge from any Twitter account at any time and that too without any notice if an account changes its username, becomes inactive or incomplete, or if the owner of the account is no longer on the post for which they were verified.

The account with the handle @MVenkaiahNaidu has 1.3 million followers, whereas, the official account of the Vice President of India has more than 931,000 followers.

However, after removing the blue tick from Naidu’s personal account, Twitter has been facing massive backlash from Indian citizens. Venkaiah Naidu is trending on Twitter, with netizens slamming the company for its decision.

According to the latest information, after facing massive backlash, Twitter has restored the blue tick on VP Venkaiah Naidu’s personal account.

Along with Venkaiah Naidu, several leaders of Rashtriya Swayamsevak Sangh also lost their blue ticks from their respective accounts.

Get the latest update about Twitter, check out more about Live, social media, Venkaiah Naidu trending on Twitter & Trending news