U-19 Star Harnoor Singh: The Jalandhar lad who has cricket in genes

Harnoor Singh shined with the bat as India defeated Afghanistan in the ongoing U19 Asia Cup in Dubai on Monday. With the stunning win, India has entered the semi-final of the U-19 Asia Cup tournament. 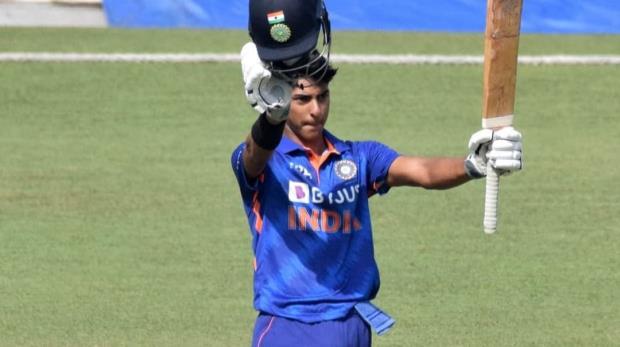 Jalandhar's Harnoor Singh shined with the bat as India defeated Afghanistan in the ongoing U19 Asia Cup in Dubai on Monday. With the stunning win, India has entered the semi-final of the U-19 Asia Cup tournament.
Harnoor appears like the most settled man in the Indian batting lineup in the ongoing U19 Asia Cup, and he has contributed with good innings against Pakistan and Afghanistan as well. However, his mind-blowing performance should not come as a surprise because the youngster carries professional genes.
The U-19 star Harnoor grew up in a family where cricket has always been a big part of his life. His uncle played Ranji cricket, his grandpa was heavily involved in the game, and his father - Bir Inder Singh represented Punjab at the U19 level; so the champion grew up surrounded by professional cricketers.
His ancestors' dream of representing their country never came true, but Harnoor has gone the extra mile at the Youth level.
Harnoor's approach to business has a great deal of artistic flair. He appears to spend a lot of time working on his timing in the nets. Against the spinners, he makes good use of his feet and rarely keeps himself constrained.
The lad first came to prominence after a sensational Challengers Trophy campaign in which he finished as the top run-scorer. He hit four centuries in a row, totalling 412 runs.
A family of professionals
Also Read: Former cricketer Irfan Pathan blessed with baby boy, becomes father for the second time
Harnoor has cricket in his genes. His father, Bir Inder Singh, was a state U-19 cricketer, while his grandfather, Sardar Rajinder Singh, was one of Punjab's best cricket coaches. He was a member of the Cricket Selection Committee and served as joint secretary of the Punjab Cricket Association.
Harminder Singh Pannu, Harnoor's uncle, is the Level-2 coach, while his other uncle, Jaiveer Singh, is a former Ranji player.
Harnoor's grandfather introduced him to cricket, while his father and uncles trained him.
"At first, I was not a big fan of cricket, but after my grandfather introduced me to it, I grew to enjoy it. That's how it began," Harnoor said.
Harnoor began his career as a fast bowler, but with the guidance of his grandfather, he shifted his focus to batting. "My grandfather taught me that a cricketer should focus on batting as well, and that's how I gained interest," he added.
Harnoor's elder brother, who is in Canada, had played U-19 cricket as a batsman. His tips have also helped Harnoor.
With the smashing win against Afghanistan, India was ranked second in the group, trailing only Pakistan, which has won all of its matches. India will face the winner of the match between Bangladesh and Sri Lanka, who are in a face-off in the last group league match.