The Farm Laws Repeal Bill, 2021 will be taken up by Parliament at the Winter Session, starting on November 29. 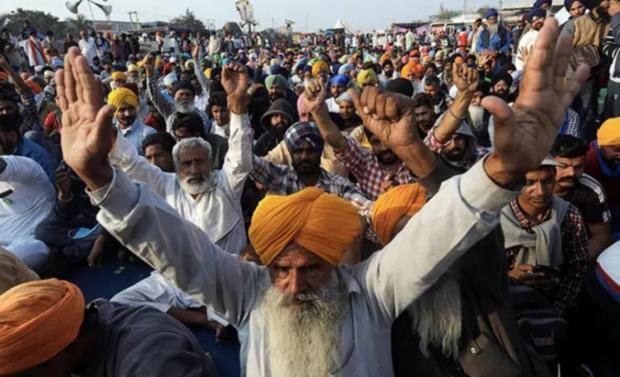 The Union Cabinet in a meeting on Wednesday approved the proposal to withdraw the three farm laws, which had triggered a year-long protest by farmers across the nation. Now, the Farm Laws Repeal Bill, 2021 will be taken up by Parliament at the Winter Session, which will start on November 29.

Farmers' Produce Trade and Commerce (Promotion and Facilitation) Act, 2020, Farmers' (Empowerment and Protection) Agreement on Price Assurance and Farm Services Act, 2020, and Essential Commodities (Amendment) Act, 2020 are the three controversial farm laws slated to be taken back by Centre.

Saying that his government is doing its best to improve the financial well-being of the farmers and committed to serving them, with a feeling of sorrow in his voice he also accepted that he was not able to convince the farmers despite putting tremendous efforts.

Further, he said there was a section of farmers who were opposing the three farm laws and the centre tried to educate and inform them about it. However, the benefits of the laws weren’t able to reach them.

Also Read: Explained: How Farm Laws will repeal in the parliament?

" The goal of the three farm laws was to empower farmers, especially small farmers. In the coming Parliament session, we will take constitutional measures to repeal these farm laws," PM Modi had said.

After the union cabinet’s approval, the proposal to repeal the farm laws will be introduced in both houses of the parliament.

This bill will be passed by both the houses of the Parliament on the basis of majority. After the bill is passed, it will go to the President. The President will put his seal on it and the government will issue the notification.

Agricultural laws will be repealed as soon as the notification is issued.

The Samyukta Kisan Morcha (SKM), which led farmers' protests against the controversial farm laws, has endorsed the Centre's decision to repeal them. However, the umbrella body for farm unions stated that several demands are still pending, such as minimum support price (MSP) for crops.