Thousands of farmers have been protesting against the three agricultural reforms since last November. 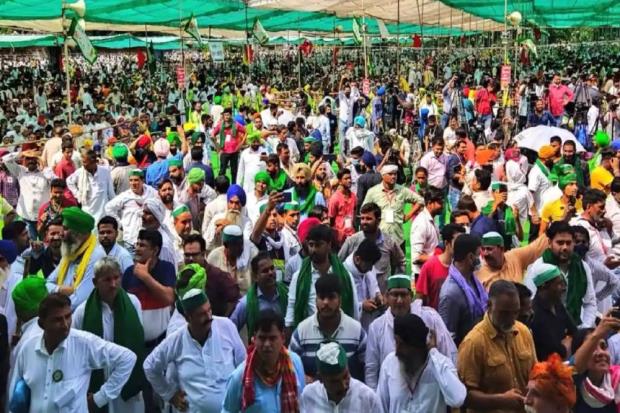 The Union Cabinet will likely hold a meeting on 24 November, Wednesday in which it might approve the repeal of the three farm laws, sources said on Monday.

Prime Minister Narendra Modi in his address to the nation on Friday morning on the occasion of Guru Nanak Jayanti apologised to farmers and announced that his government had decided to take back the three farm laws.

Thousands of farmers have been protesting against the three agricultural reforms since last November alleging they would make their income even worse.

Although the government's move has been welcomed by the farmers and farmers unions they have announced that their protest will continue until the laws are completely repealed under the due procedure of the Constitution.

Asserting that the three farm laws were for the benefit of the farmers but his government "could not convince a section of farmers despite our best efforts", PM Modi further added,  “I apologise to the people of the country with a true and pure heart... we were not able to convince farmers. There must have been some deficiency in our efforts that we could not convince some farmers.”

According to Modi’s address, the three farm laws will be officially repealed during the Winter session of the parliament which will begin from 29 November.

Meanwhile, Samyukta Kisan Mocha an umbrella body of farmers unions that has spearheaded the farmers protest against the three laws has announced that the protest will continue as there are pending issues to be addressed. During a press conference on Sunday at the Singhu border, teh SKM has called for a meeting on November 21. The final decision on the agitation and demands related to MSP will be discussed in this meeting, a farmer leader said.

The farmer leaders say that several other important issues are still pending and have not received any discussion yet. Now, they have shifted their focus to the minimum support price (MSP) guarantee, and are demanding to make a law on it. They are also demanding fair compensation for those farmers who died during the year-long protest and cancelling the police cases that have been registered against them at several police stations.

The three farm laws that made headlines across the world are:- The Farmers’ Produce Trade and Commerce (Promotion and Facilitation) Act provides for setting up a mechanism allowing the farmers to sell their farm produce outside the Agriculture Produce Market Committees (APMCs). Any licence-holder trader can buy the produce from the farmers at mutually agreed prices. This trade of farm produces will be free of mandi tax imposed by the state governments.