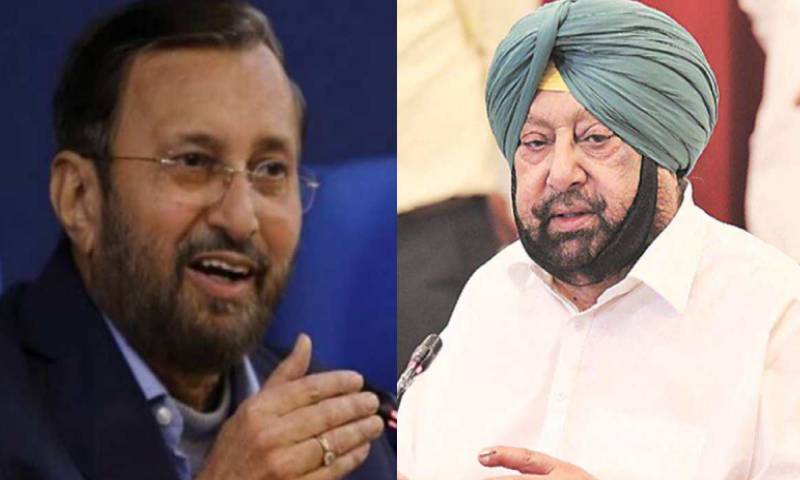 Union minister and senior BJP leader Prakash Javadekar on Friday criticized the Congress government in Punjab for allegedly making a profit by selling Covid vaccines to private hospitals in the state.

"The whole of Punjab is affected by coronavirus, but the vaccination drive is mismanaged. For the last six months, infighting is going on in Punjab Congress. The entire state government is in Delhi for the last three-four days. Who will take care of Punjab? On top of this, there are news reports that the Congress government in Punjab is profiteering from Covid vaccines by selling them to private hospitals." Javadekar alleged.

The minister added that ignoring the people of Punjab for internal politics is the biggest sin of the Congress party.

He also said that former Congress chief Rahul Gandhi should look after Punjab first, instead of lecturing others on Covid management.

Javadekar pointed out that reports have come out that the Punjab government has been provided more than 1.40 lakh doses of Covaxin at Rs 400, which the Congress government allegedly sold to 20 private hospitals for Rs 1,000.

Also Read: Delhi Govt sets up four-member panel to look into deaths due to oxygen shortage

"Till today, the Central government had provided 22 crore doses of Covid vaccine free of cost to the states. But they keep changing their stand. First, they demanded decentralized vaccine procurement, now they are demanding to centralize the whole process. They should focus on their management to serve the people," Javadekar said.

On Thursday, Union Minister of State for Finance and Corporate Affairs, Anurag Thakur, had questioned the lack of transparency and accountability of the Punjab government on the vaccine issue.

"The Punjab government has shown a careless and callous attitude towards the people of the state by charging four times above the basic price of procurement. Why should an individual pay over Rs 3,120 for two doses when the Centre is providing free vaccines to the state government," Thakur asked?