According to the new policy draft, a person having more than two children will be denied from contesting local body elections, promotion in government jobs and subsidies will also be prohibited to them. 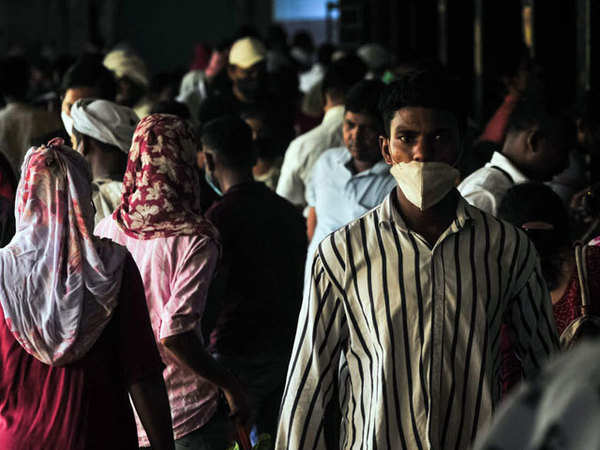 On the day of World Population Day, July 11, the Yogi Adityanath government in Uttar Pradesh has launched a draft for controlling its ever-increasing human population.

According to the new policy draft, a person having more than two children will be denied from contesting local body elections, promotion in government jobs and subsidies will also be prohibited to them.

Since the announcement of these policies, there has been a debate not only among people but opposition parties are raising doubts on BJP's intention of introducing a population control bill, as it was BJP that once said was against sterilisation. Several opposition leaders have alleged that Yogi's move is only politically driven as Uttar Pradesh will fog for polls next year. While some have accused mostly the Muslim population that it is a plot against the minority.

However, BJP leaders in power themselves have more than two kids. As soon as this bill was launched, people started targeting BJP ministers for having more than two siblings and children.

Amid all this spur, let's have a look at 8 BJP MLAs from Uttar Pradesh who have about 6 to 8 children.

Kunwar is also known as 'Lalla Bhaiya', who is a BJP MLA from Colonelganj assembly seat of Gonda district, has four sons and two daughters. He has been elected to the Legislative Assembly for the sixth time.

BJP MLA Bala Prasad Awasthi from Dhaurahara seat of Lakhimpur Kheri district has three sons and three daughters. He became an MLA for the fourth time in 2017.

Krishna Paswan is a BJP MLA from Khaga seat of Fatehpur district, has three sons and three daughters. She has been elected to the Legislative Assembly for the third time. She entered politics in 2002 and also won the election.

BJP MLA from Tirwa seat of Kannauj district. Rajput has two sons and four daughters. He became an MLA for the third time and won the 1996 and 2007 assembly elections.

Baijnath Rawat from the Haidergarh seat of Barabanki district became an MLA for the third time. He has three sons and three daughters. Rawat has been a Lok Sabha MP since 1998.

BJP MLA from Mirzapur seat of Mirzapur district Ratnakar Mishra has two sons and four daughters. He was first elected in 2017 to the Seventeenth Legislative Assembly.

Agnihotri is a BJP MLA from Bhogaon seat of Mainpuri district has two sons and four daughters. In 2017, he was elected to the assembly for the first time. Earlier in 2002, he was also a member of the UP Legislative Council.

MLA Agarwal who is also known as Kailash Dairywala, holds a seat from Meerut Cantt which falls under Meerut district. He won the assembly seat in 2002 for the first time and since then was elected for the fourth consecutive time in 2017. He has three sons and three daughters.

Other BJP leaders who have more than two children are - Rohan Lal Verma is a father to 8 children. He is a BJP MLA from the Tilhar seat of Shahjahanpur district and is the father of 8 children. He has three sons and five daughters. He was elected for the third time to the Seventeenth Assembly in 2017. Another woman MLA from UP’s Nanpara seat of Bahraich district Madhuri Verma has 7 children, one son and 6 daughters. In 2017, Madhuri Verma became MLA for the second time in a row. Apart from this, she has also been a member of the Legislative Council once.

Also Read: Here's how more than two children in UP likely to refrain localites from govt benefits

Hence, the population control policy seems contradictory as the ruling leaders in UP themselves have already breached the rules mentioned in the draft.