UP Election 2022: Yogi Adityanath-led BJP 2.0 is loading, Check 5 reasons why BJP will rule UP

BJP is currently ruling the chart in UP with more than 270 seats out of 403 as per trends. And there is no doubt that with Modi's wave once again the BJP is likely to cross 300 seats in the UP assembly. 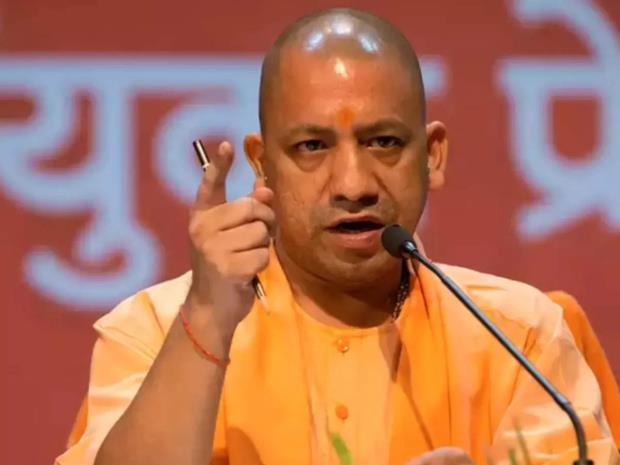 The voting has already started in UP along with other 4 state assemblies for elections 2022. In this article, we'll provide you with the top key reasons why BJP is currently ruling the chart in UP with more than 270 seats out of 403 as per trends. And there is no doubt that with Modi's wave once again the BJP to likely cross 300 seats in the UP assembly.
So here are the multiples, why BJP leads the Chart in UP and what makes them come back in power once again. These reasons are based on recent work performed by CM Yogi Adityanath in UP.
Even after five years of CM Yogi Adityanath's rule, there is no anti-incumbency wave against him.
CM Yogi Adityanath's rule
Even after five years of UP CM Yogi Adityanath's rule, there is no anti-incumbency wave against him, and this is rare.
After having discussed with everyone - be it from rural areas or cities, from poor to middle class - there was not a single critical voice against the CM. The people of UP have embraced him and are ready to give him a second chance.
Law and Order
There is an improvement in the law and order situation in UP, but more reforms need to be done. Even the opponents of BJP accept it. And they made multiple changes in the law and other regulations that have given some hope to BJP.
Schemes for Women's
Not more than PM Modi among women voters in Uttar Pradesh (the reasons could be many- law and order, welfare schemes, honesty) but, UP CM Yogi Adityanath is equally popular.
Also Read: Assembly Election Results 2022 LIVE: BJP takes lead with 250 seats in UP; 43 in Uttarakhand & 21 in Goa
This popularity has been shared from generation to generation. The BJP is going to get a bigger share of women's votes in the elections. It is my prediction that because of this appeal among women voters, BJP will increase its vote share by 2-5% compared to the last assembly elections.
Testing times during COVID
Government welfare schemes are a deciding factor in the testing times of COVID-19, be it free ration, cash transfer, free treatment in hospitals and houses for the poor. This targeted distribution of government schemes is helping the BJP a lot.
Rural areas with a large share of Uttar Pradesh's voters are vocal about it, irrespective of caste and religion.
Ram Mandir
The pairing of PM Modi and Yogi Adityanath has managed to strike a chord with the voters in UP.  Which in the past has been called the 'laboratory of Hinduism'.
This time Ram Mandir and Kashi Vishwanath Corridor are fresh in the minds of voters, but this is not the only issue. Better roads, better power supply, better infrastructure, better policing are the topics of discussion among the voters of the city.
Apart from this, the biggest reason for this estimate of 300+ seats for BJP is that the opposition could not raise a clear election issue to corner the BJP.  After each phase of voting, the opposition moved the goal post - from agricultural laws to police brutality to EVMs.
The opposition did not come up with a constructive approach to counter what the ruling government was offering.  The election campaign of the opposition was completely negative from day one. Criticizing the government was the only broad theme of the campaign.
And, people should know that if they have to vote against the government, then for whom they are going to vote.