US initial jobless claims tick up again to 332,000

Initial jobless claims in the US ticked up to 332,000 last week, indicating a disrupted labour market recovery amid the Delta variant surge, the US Labor Department has reported. 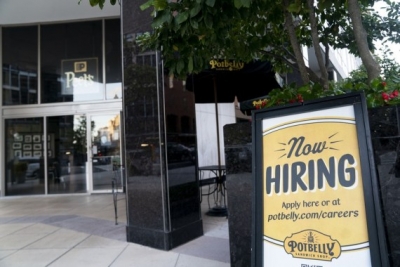 Initial jobless claims in the US ticked up to 332,000 last week, indicating a disrupted labour market recovery amid the Delta variant surge, the US Labor Department has reported.

According to a report released by the department's Bureau of Labor Statistics on Thursday, in the week ending September 11, the number of Americans filing for unemployment benefits increased by 20,000 from the previous week's upwardly revised level of 312,000.

The previous week's figure marked the lowest level for initial claims since March 14, 2020, when it was 256,000, Xinhua news agency reported.

The jobless claims report also showed that the number of people continuing to collect regular state unemployment benefits in the week ending September 4 decreased by 187,000 to 2.67 million. That number peaked in April and May last year when it was over 20 million.

Meanwhile, the total number of people claiming benefits in all programs -- state and federal combined -- for the week ending August 28 increased by 178,937 to 12.1 million.

That number, however, is expected to decrease significantly in the coming weeks as federal unemployment benefits for over 10 million people have expired early September.

Some 7.5 million workers or more will lose all their benefits, including gig workers and the self-employed, and nearly 3 million will lose a 300-U.S.-dollar weekly federal boost to state unemployment payments, according to a recent report from The Century Foundation, a progressive, non-partisan think tank.