Health officials have zeroed in on a theatre in Zhangjiajie, are in search of 5,000 people who were present at the performances and then travelled back to their home cities. 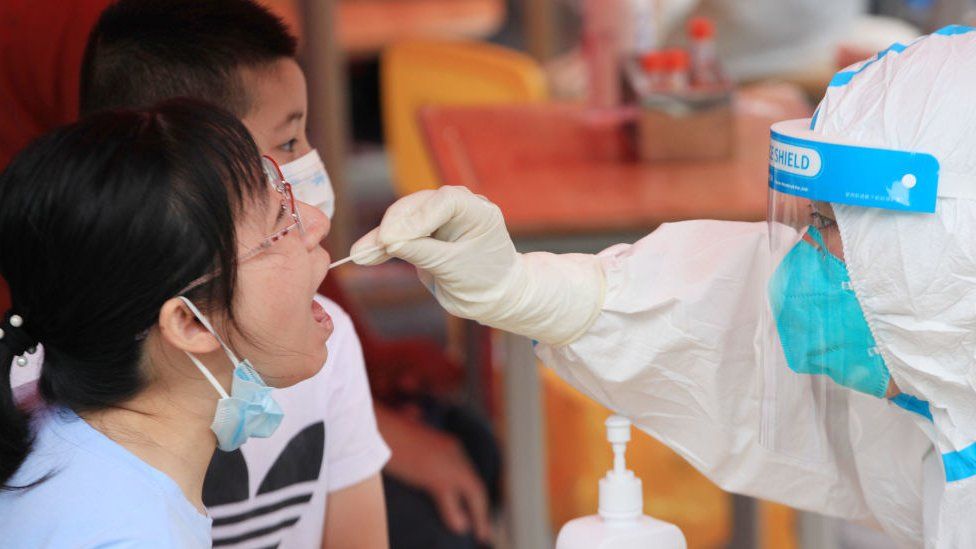 Authorities in China's Wuhan city on Tuesday have announced that they will test its entire population after several Coronavirus positive cases were detected there. The Chinese city has reported seven locally transmitted cases which is the first local infection in over a year.

Wuhan city grabbed eyeballs and was in the spotlight after the Covid-19 disease was first reported there in 2019, many also calling it the Wuhan virus.

China had been accused of keeping the outbreak a secret and letting it spread to the world.

Currently, the country is witnessing one of its massive resurgence of infections in months, where almost 300 cases have been detected in 10 days.

The government announced rolling out mass testing measures and lockdown restrictions after around 15 provinces across China have been again found to be affected by the virus.

The spread of the virus has been due to the Delta variant and domestic tourism, authorities have stated.

The announcement in Wuhan comes when China has recorded 90 fresh cases of Covid on Tuesday.

61 per cent of cases are locally transmitted, said the National Health Commission in comparison with 55 local cases that were found a day earlier.

China has successfully been able to control the infection within its borders, however, the new spread has raised concerns. The new transmission was detected among the workers at a busy airport in Nanjing.

Three times the 9.2 million people living in Nanjing have been tested by the authorities, furthermore, the lockdown was imposed on thousands of citizens.

However, the spotlight was shifted to a popular tourist destination Zhangjiajie in Hunan province over the weekend where hundreds of cases emerged. Travellers from Nanjing have been said to visit the city recently.

Health officials have zeroed in on a theatre in Zhangjiajie, are in search of 5,000 people who were present at the performances and then travelled back to their home cities.

The latest outbreak has also reached the capital Beijing, where several locally transmitted infections have been reported.