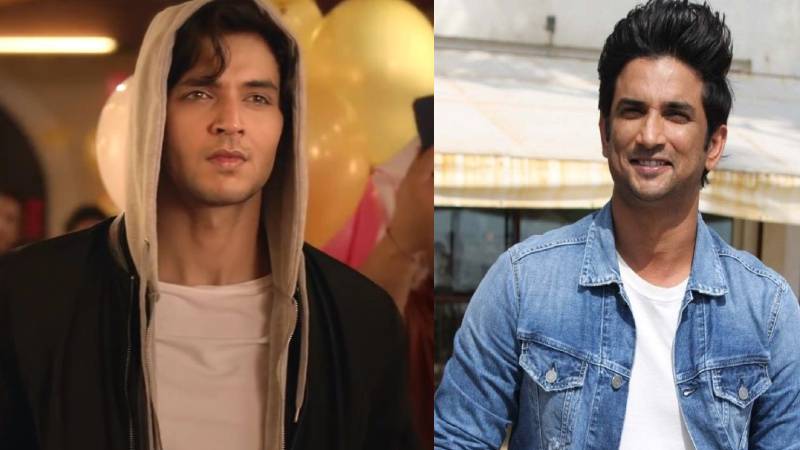 Siddharth is known for the music video Vaaste, is over the moon as his video has hit one billion recently. The actor recently gave his interview to the Quint and recalled his memory of him with Sushant Singh Rajput.

Recalling the early shooting days of Vaaste, Siddharth said, "That time I was staying with a very dear friend of mine. I was off space from acting for one year. I was living with him. I had done a lot of spirituality with him. So Vaaste was a spiritual experience for me. I was in meditated while shooting."

On being asked who his friend was, Siddharth revealed and said, "His name is Sushant Singh Rajput. I was staying with him and at that time I just left his house then I got this in a week or two."

Narrating how it was like living with Sushant, Siddharth said, "He was everything that doesn't have a definition. He was a mentor, he was a brother, we were very close. Staying with him was like getting inspired every day. You have already lived your life and then you meet this person and realize there is so much more to life. The reason we got connected that we had a lot of common interests, mostly in sports."

"I am an engineer, he is an engineer. I am into Science he is into Science and then beyond that, he took me to another side in which he made me understand consciousness. He was maverick, a genetic specimen.  He didn't like to be alone," added Siddharth.

Vaaste actor added more to it, he said, "I and Sushant used to live on the same floors. He used to sleep early and by the time we go to sleep he used to be awake and listen to the songs of Lord Shiva.  Then I used to wake up and watch planets with Sushant together. I met him at the different phases of my life and at every phase he was a different person. When I left he was totally into spirituality and his efficiency as an actor was also increased."

Siddharth also revealed that what he actually learnt from Sushant Singh Rajput. He said, "He made me understand that consciousness is something we should be grateful for. That is how we comprehend things, that is how we dream."

On a lighter note, Siddharth said that he used to call his gang of friends as 'Proteins'. His idea of Protein was he used to think that these 'proteins' will help him to achieve his dreams and he will help them to achieve theirs. Hopefully, in life, I will follow what he believed in.