The Board of Control for Cricket in India (BCCI) posted a video of Indian cricketer Venkatesh Iyer speaking frankly about his interests, 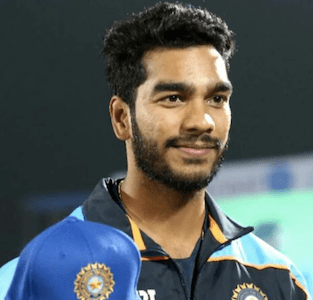 India vs New Zealand: The BCCI released a video in which Team India cricketer Venkatesh Iyer expressed his admiration for WWE and stated that he had a "special request" for a former WWE superstar.
Also Read: 2nd T20I: India beat New Zealand by 7 wickets; take unassailable 2-0 series lead
The Board of Control for Cricket in India (BCCI) posted a video of Indian cricketer Venkatesh Iyer speaking frankly about his interests, which included his love of pro wrestling (WWE). During the video, Iyer discussed numerous facets of his cricketing career, including his close friendship with bowler Avesh Khan. Iyer, on the other hand, drew everyone's attention when he said he had a "special request" for retired WWE superstar 'The Undertaker.'
Also Read: 2nd T20I: Harshal, spinners help India restrict New Zealand to 153/6
Iyer expressed his interest in the WWE and hoped that the BCCI video would be seen by the ex-wrestler, resulting in him receiving a signed WWE belt.

"Undertaker is one of my childhood heroes. I am a big fan of WWE and Undertaker. I really hope that he sees this video and sends me a signed WWE belt," Iyer said in the video.
Venkatesh Iyer asserted his authority on the big stage by leading Kolkata Knight Riders (KKR) to the final of the Indian Premier League (IPL) 2021's second phase.
In ten games, Iyer scored 370 runs and took three wickets. Eoin Morgan's side was balanced thanks to his confidence at the top of the order and his medium-pace bowling.
Iyer's IPL 2021 average of over 41 drew the attention of the Indian team management, who awarded him his international debut in the first T20I of the ongoing series against the visiting New Zealanders.
With a boundary off the opening ball of his career, Venkatesh Iyer made his ambitions apparent, but he was quickly discarded.
India won the Jaipur T20I by five wickets, and Venkatesh could be retained and given more game time in the forthcoming contests.
The next Twenty20 International will be played in Ranchi on Friday.