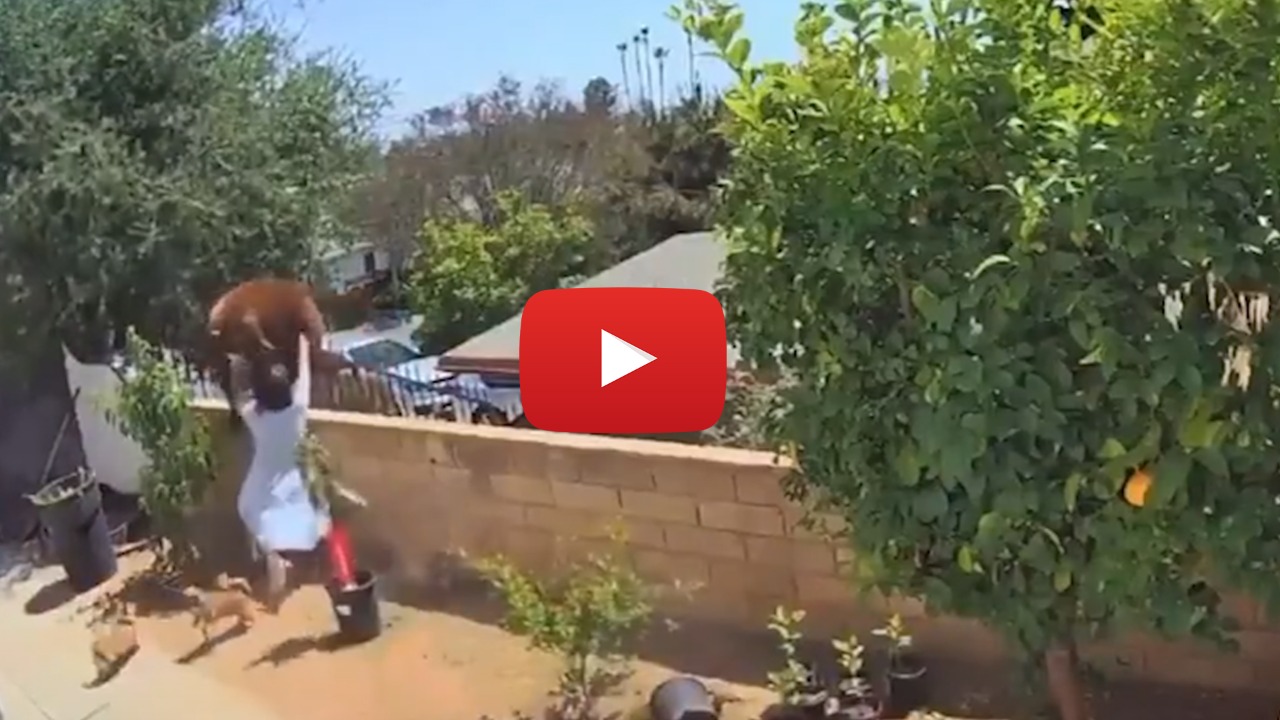 A video of a teenager pushing a bear off the wall to save her dogs has gone viral on social media. In the viral video, the girl can be seen running towards the bear as it attacks one of the dogs. The girl pushes the bear off the wall and picks her dog and escapes the scene.

The incident occurred in Valley in California, US on Monday. 17 years old Hailey’s encounter with a bear was captured by a CCTV camera in the house’s backyard. The video footage shows a bear and two cubs walking along a brick wall in the backyard of the house. Soon the three of the family’s pet dogs started barking at the bear. The family was gardening at the other end of the yard.

The footage from the home surveillance camera shows the bear swat at the dogs a few times. After this Hailey is seen entering the frame. She pushes the bear off the wall and picks up her dog and runs to escape the scene.

So far the video has received more than 8.4 million views on social media. Netizens are blown by Hailey’s love for her dogs and insane bravery.

Hailey sprained a finger and her knee in the incident. “I run to see what they are barking at and it’s not a dog. It's a bear. I see the bear, it's grabbing my dog and I have to run over there. She’s a baby. And the first thing I think to do is push the bear and somehow that worked,” said Hailey.

Also Read: ‘He’s not your ATM’: Woman shares list of rules made by her boyfriend's mother for anyone who dates him

Where some netizens are praising her for her bravely, some are sad for the bear. One of the netizens commented that the “bear was roaming around with its cub. It would have just walked away if dogs had not disturbed it.”