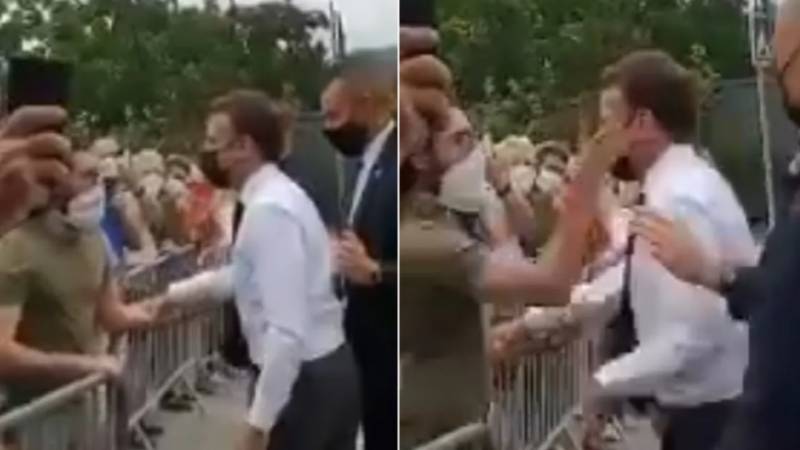 Two unidentified men have been detained by the French cops in connection to the alleged case of slapping French President Emmanuel Macron on June 8.

President Macron, who was on a walkabout in southern France on Tuesday was slapped in the face by a man present in a crowd of onlookers.

The video of the incident went viral on social media, in which a man could be seen slapping Mr. President. However, Macron’s security did not let the matter worsen as they tried to pull the man to the ground and move Macron away from him.

Macron, in the video, could be seen wearing shirt sleeves and gently walking towards the crowd of onlookers or his followers who were behind a metal barrier. The moment Mr. President extended his hand to greet a man in a green T-shirt with sunglasses and a face mask on, he yelled "Down with Macronia" ("A Bas La Macronie") and delivered a slap to President’s face.

Also Read: Jeff Bezos to fly to space next month, says 'It's a lifelong dream'

Notably, the French President was on a visit to the Drome region in south-eastern France to meet the restaurateurs and students to ask them about the experience of returning back to normalcy post- Covid-19.

Taking cognizance on the matter, French Prime Minister Jean Castex said that it was an appalling incident to the democracy.

However, it is being said by Macron’s administration there had been an attempt to strike Macron, which goes unfulfilled.