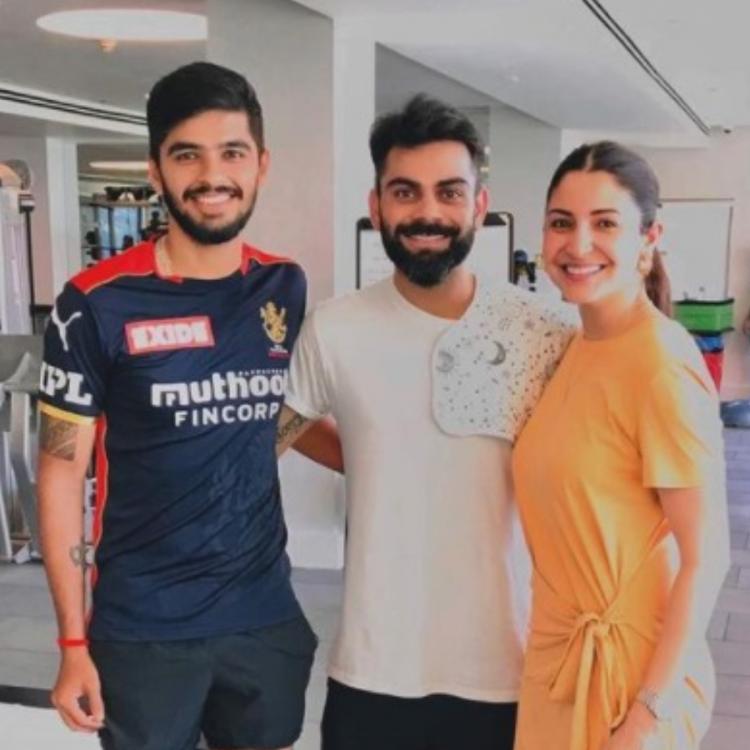 Virat Kohli and Anushka Sharma are regarded as power pairs. And the couple has been on their toes since their daughter Vamika was born. The couple has kept her identity hidden from the public eye in order to keep her out of the spotlight. Any photo of the couple goes viral in a matter of seconds and that is exactly what happened this time. Anushka and Virat are seen posing with cricketer Kushaal Wadhwani in a new photo that has surfaced online. But it was Vamika's burp cloth on daddy Virat's shoulder that drew everyone's attention.

Netizens noticed this and started commenting on this.

The photo was posted on the cricketer's official Instagram account with the caption, "You know I had to keep it for the 100th post.”.The trio is seen laughing in the photo as they pose for the camera. A burp cloth can be seen on Virat's back, and it appears that the father wanted to pose casually with it. Anushka had previously posed with a burp cloth, describing it as her latest favorite accessory.


Virat Kohli's fans are in awe of him for juggling fatherhood and the ongoing IPL series. Virat and Anushka, along with their 3-month-old daughter Vamika, recently returned to Mumbai from Chennai in preparation for the upcoming IPL matches.