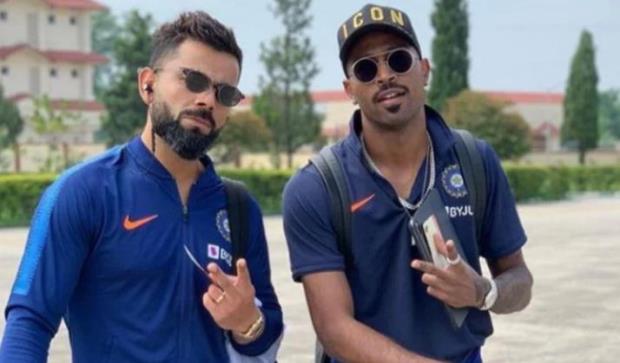 Hardik Pandya’s two watches worth 5 crores have been confiscated by the customs department on his arrival in India late on Sunday (November 14) night. The watches were seized by the customs official after they noticed a discrepancy in the serial numbers mentioned on the watches and invoice.

This incident took place at the airport when team India returned home from UAE after showing a disappointing game in ICC World T20I tournament 2021.

After the luxury watches were seized, sources said that the cricketer pre-owned the watches, but as per customs the series number of the watches did not match and the amounts disclosed were also wrong.

"The cost of the watch is Rs 1.50 crore and not Rs 5 crore as per the rumours floating around on social media. I had voluntarily declared all the items that I'd lawfully purchased from Dubai and was ready to pay whatever duties that needed to be paid… All allegations against me of crossing any legal boundaries are totally unfounded," said Pandya.

"I am a law-abiding citizen of the country and respect all government agencies. I have received all the cooperation from the Mumbai Customs department and I have assured my full cooperation to them with whatever legitimate documents they need to get this matter cleared," Pandya said.

On the other hand, Virat Kohli was involved in a controversy over the admittance of 'gay' persons into his restaurant 'One8 commune,' netizens said it was 'quite shameful.' The star cricketer has a restaurant franchise with locations in Pune, Delhi, and Kolkata. "Stags are not allowed," their Zomato listings state. This sparked outrage among netizens, who accused Kohli of discrimination.

On social media, he was chastised and told that his behaviour was wrong. Following the criticism, the LGBTQIA+ activity group 'Yes, We Exist' demanded that the restaurant chain make the 'necessary changes as soon as possible.’

Also read: Rajinikanth: 'I cried after listening to the script of ‘Annaatthe’

One8 Commune, the restaurant chain, denied all of the charges, claiming that their policy had been misunderstood. It stated that 'stag entry' is prohibited, implying that 'individual boys are not permitted.' Taking to Instagram stories, the chain said,"At one8 Commune, we believe in welcoming all people irrespective of their gender and/or preferences with utmost respect and honour. As our name denotes, we have always been inclusive in serving all communities since our inception."

It further claimed, "Similar to industry wide practice and in conformity with government rules, we obviously have a prohibition of stag entry. policy (subject to necessary relaxation) in place so as to ensure a safe and enjoyable environment for our guests. That does not in any way. mean that our company policy provides any discriminatory entry rules for/against any particular community"