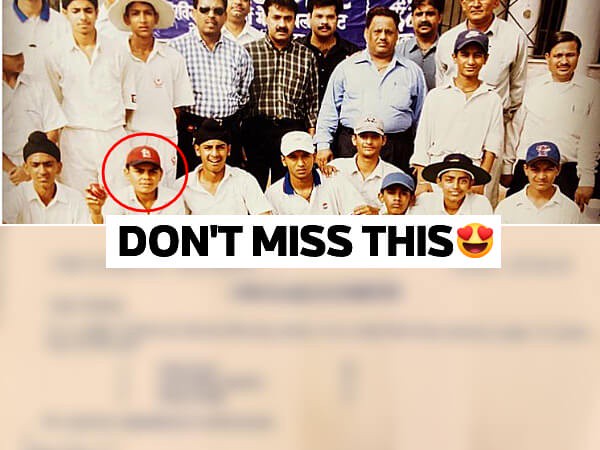 Virat Kohli has turned into a source of emotion for all of his fans. The Indian captain is now the best cricketer in the world, and he continues to bring honor to his country. Kohli's old school pictures go viral on the internet which is always fascinating.

Kohli's 18-year-old school picture appeared on social media platforms today, and the captain beside his name piqued everyone's interest. Kohli was the captain of his school's U-15 cricket team even when he was a young boy in class X.

This demonstrates that leadership has always come naturally to him, and he excels as Captain.

Kohli is said to have relocated Saviour Convent School in Paschim Vihar in order to concentrate more on cricket. Kohli's first love has always been cricket, and he has aspired to play for India since he was a child. In 2002-03, he was named to Delhi's Polly Umrigar Trophy squad.

Kohli's batting performance in the tournament wowed everyone, as he scored 172 runs. Kohli was elected captain of the Saviour Convent School Delhi's U-15 team on September 27, 2003.

Even back then, the leadership brought out the best of young Kohli. In the game, he hit 390 runs in 5 innings, averaging 78.

Meanwhile, Kohli seems to have been destined for success from a young age. India won the 2008 U-19 World Cup under his captaincy, and he has advanced quickly in the national team. Virat Kohli is now the captain of both the Indian cricket team and his IPL team, the Royal Challengers Bangalore.

The 32-year-old is considered the greatest all-format batsman of all time as he continues to shatter records with each match.