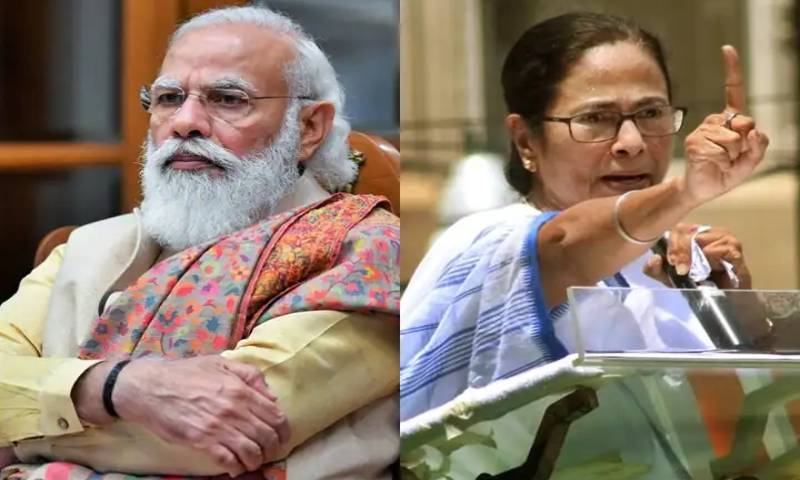 The last and winner-deciding phase of voting in West Bengal has ended and has opened the speculations in Exit Poll Results. Trinamool Congress (TMC) supremo and West Bengal Chief Minister Mamata Banerjee is likely to retain her reign while the DMK led by MK Stalin has lucid chances to take over Tamil Nadu with a big majority this time.

As per the CVoter Exit Poll for Times Now/ABP News, the NDA is winning Puducherry, barely retaining Assam, and losing Tamil Nadu. The exit poll stated that the Mamata Banerjee-led Trinamool is likely to retain West Bengal, while the Pinarayi Vijayan-led LDF is set to return to power for the second time in a row in Kerala.

The survey stated that in West Bengal, the incumbent Trinamool Congress is likely to retain power for the third consecutive term amid a robust challenge from the BJP.

The survey suggests that the Left, which had ruled the state for more than three decades is likely to be reduced to a marginal player, despite forming a pre-poll alliance with the country's grand old party - the Congress.

Also, the entry of a Muslim front - comprising the All India Majlis-e-Ittehadul Muslimeen (AIMIM) and the influential cleric Abbas Siddiqui's new party Indian Secular Front - into the electoral fray will fail to spell trouble for the Trinamool Congress.

Translated into seats, the survey data project Trinamool to emerge victorious on 152 to 164 seats in the state, which has a total of 294 Assembly constituencies, with 148 being the majority mark.

The survey data clearly indicate that BJP has emerged as a key player on the political landscape of the state as the saffron party is likely to register a victory on 109 to 121 seats. The Left-Congress combine is projected to grab 14 to 25 seats.

In the 2016 Assembly elections, the Trinamool had won 211 seats, the BJP had secured 3 seats while the Left-Congress combine had cornered 76 seats.

The survey stated that Assam would see a photo-finish for both the BJP and the Congress, as the UPA is poised to close the gap with the NDA.

As per the survey, the ruling NDA would win the state polls but it would be a tough fight as the UPA will follow closely on its heels.

The exit poll stated that the NDA has a slight edge with 65 seats in the 126-member Assembly, one more than the majority mark of 64, while the UPA would win 59 seats. The projected seats for NDA are between 58 and 71, while for the UPA, they are between 53 and 66.

In 126-member Assembly, Independents and others will be the key players with the BJP having the edge being the ruling party in the state.

According to the exit poll, the ruling LDF is expected to retain power in the southern state, thus bucking the trend of the incumbent tasting defeat in every second electoral cycle.

The exit poll data for Tamil Nadu show that the first Assembly elections held after the death of political stalwarts of J. Jayalalithaa and M. Karunanidhi will witness the return of the M.K. Stalin-led DMK-Congress alliance to power with a clear majority.

Voting for the 234-seat Tamil Nadu Assembly was held on April 6 in a single phase.

The survey data show that a combination of 10-year anti-incumbency factor and the absence of a charismatic successor to Jayalalithaa is expected to lead to an electoral setback for the ruling AIADMK-led coalition.

The exit poll data show that the NDA will win the Union Territory of Puducherry with two-third majority. The NDA is projected to win 21 out of the 30 Assembly seats in the UT, which went to the polls on April 6.

The exit poll projected 19 to 23 seats for the NDA comprising AINRC, BJP, and AIADMK. The UPA, which includes the Congress and the DMK, will win 8 seats with a projected range of 8-10 seats.