Mohammad Rizwan (79 not out off 55 balls) and Babar Azam (68 not out off 52 balls) displayed wonderful batsmanship to help Pakistan crush India by ten wickets on Sunday. 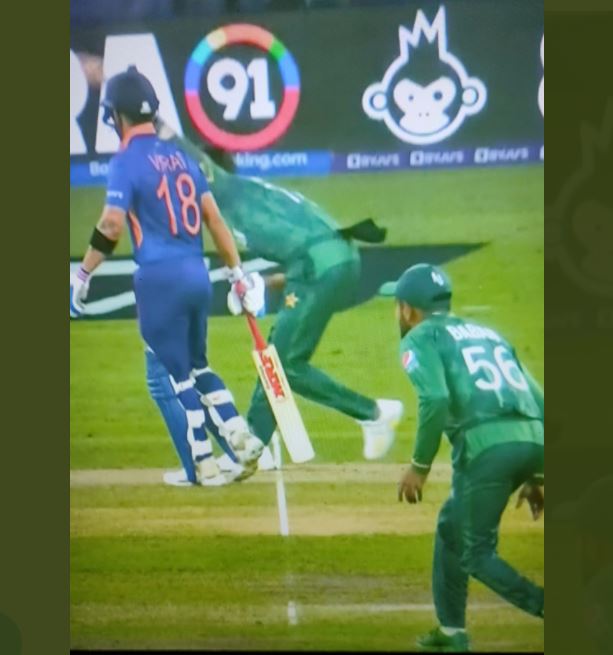 Sunday, 24 October has been an unforgettable day for Indian cricket fans. India was defeated by Pakistan in the World Cup for the first time. The virat-led team lost the match by 10 wickets. The toss was lost by the team India and Pak elected to ball first.

The opening pair failed to give a good start to their team. Hitman Rohit Sharma lost his wicket to a yorker. Following him, KL Rahul was declared out, but now a controversy has arisen over his wicket.

KL Rahul lost his wicket to Pakistani bowler Shaheen Shah Afridi after scoring just three runs. Later, it was revealed that Afridi bowled an absolutely unplayable delivery to dismiss the star Indian opener. It was a “No ball” at which KL was sent back to the pavilion.

Now, a picture of the same has gone viral on the internet and netizens are furious over this. Twitter users have shared the picture, which clearly shows that Shaheen’s foot was out of the crease, and have expressed their discomfort.

Here are the reactions of the netizens:

One of the netizens expressed the anger and wrote, “Why nobody is talking about this, This was a no-ball #KLRahul #indiaVsPakistan #India”.

Why nobody is taking about this,
This was a no ball 😡#KLRahul #indiaVsPakistan #India pic.twitter.com/MWmhIxzyro

Yet another wrote, “Stupid umpiring in this crucial match is not accepted… Blind to see No Ball we lost Rahul #icc #ICCT20WorldCup #INDvPAK #KLRahul #ViratKohli #SanjayManjrekar.”

The third one wrote, “@BCCI @PMOIndia @imVkohli @ICC KL Rahul has been given "OUT" on a no ball.”