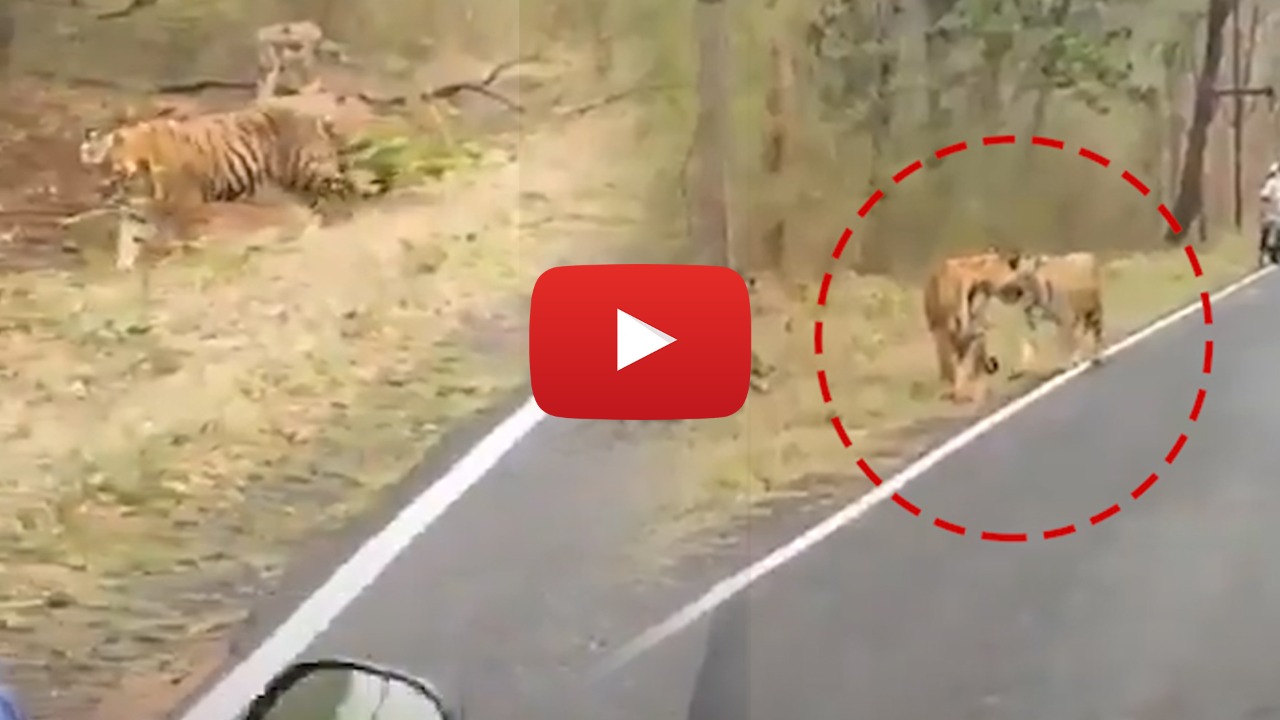 A video of a group of bikers' encounter with tigers in the middle of the road has surfaced on the internet. The video is said to be from last Monday, in which instead of moving away from the tigers, the motorcycle riders stopped and started recording video.

The video has gone viral on social media and people are calling out bikers for being irresponsible and their foolery.

Allegedly, the incident occurred at Padmapur-Moharli road in the buffer zone of Tadoba Andheri tiger reserve in the Chandrapur district of Maharashtra. In the viral video, a few bikers could be seen moving away from tigers. But a man refuses to move instead, he with another biker stood dangerously close to the tiger and started recording the video.

They were lucky that the tigers were unbothered and slowly walked away into the woods.

As soon as the video went viral, the state's forest authorities have taken action. The authorities have identified four people and summoned them for questioning. The forest department has served them with show-cause notice for violating the wildlife norms.

Netizens have also slammed the bikers for not moving away from the wild cats. Social media users are lashing out at the crowd in the video for being irresponsible. Many are calling them lucky as the tigers did not attack them.