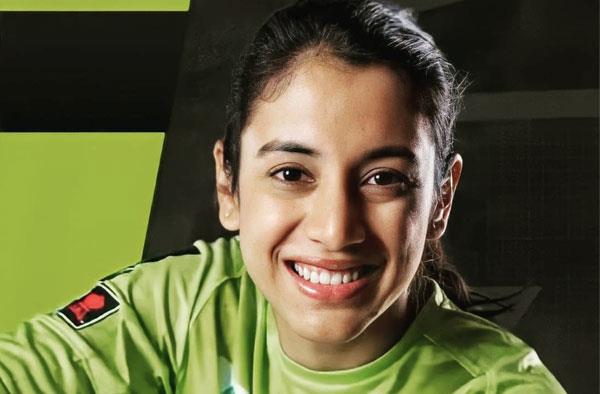 On Wednesday, India’s Samriti Madhana becomes the first Indian female batter to hit a century in the Women’s Big Bash League. Samriti, who plays for Sydney Thunders (in WBBL), scored 114* runs in 64 balls. During this record-equalling innings, she hit 14 fours and 3 sixes from her bat. But Madhana could take the line as Melbourne Renegades took off the game by a narrow margin.

The match between Melbourne Renegades and Sydney Thunders began with a bashing inning by Renegades, which scored 175 runs, after batting first. It wasn’t a good start for Renegades but Harmanpreet Kaur played extremely brilliant and score 81 runs for 55 balls.

Both Indian players, Samriti and Harmanpreet created panic on the Australian ground with their bats.

With the victory, the Renegades are on top of the table with 18 points from 12 games while the Thunder are at seventh place, with eight from 12.