Shehnaaz Gill made her film debut in the upcoming movie “Honsla Rakh,” which also features Sonam Bajwa and Diljit Dosanjh. 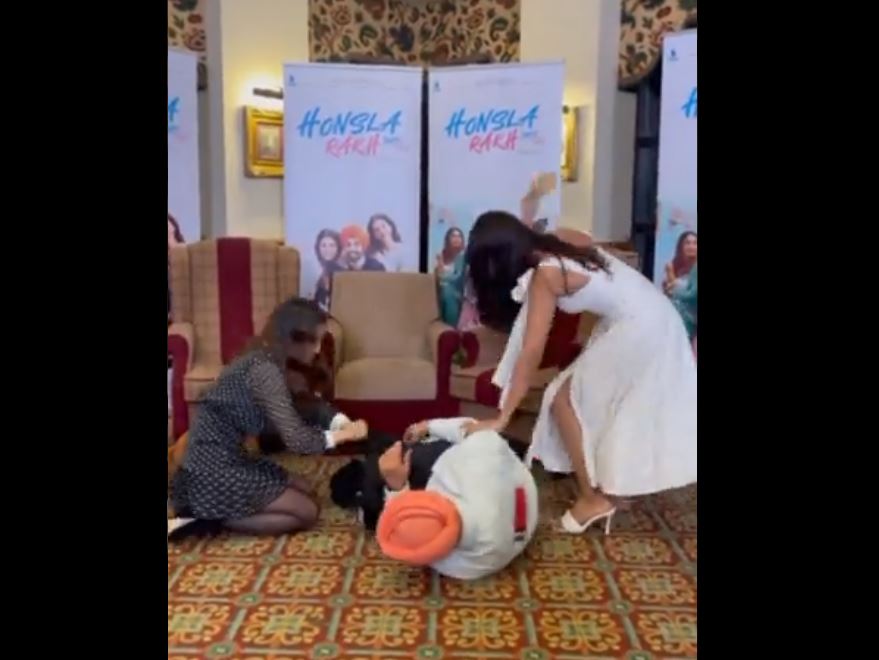 The film, Honsla Rakh, is about to release and actors featured in the film are busy in the promotion. The film would be released on October 15 (Dusshera).

Today, Punjabi star Diljit Dosanjh has shared a hilarious skit as a part of the film’s promotion on his Twitter handle. In the video, both actresses ended up beating Diljit.

Directed by Amarjit Singh Saron, ‘Honsla Rakh’ has been written by Rakesh Dhawan. The film revolves around the “emotional bond between a father and a child and love between men and women in modern times.”

Currently, Shehnaaz Gill is coping with the loss of his rumoured boyfriend Sidharth Sukhla, who left the world on September 2, at the age of 40. They both became close friends in the TV reality show Bigg Boss 13.

Diljit told a media website that he is in contact with Shehnaaz’s team and she would soon resume shooting for a song associated with the film. Diljit was quoted saying, “I was constantly in touch with Shehnaaz’s team and they regularly updated us about her. She is a thorough professional and I am glad that she has agreed to shoot the promotional song with us. We will be shooting either in the UK or India depending on her visa.”