The parking lot had around 50 vehicles, of which three were swallowed up by a sinkhole. 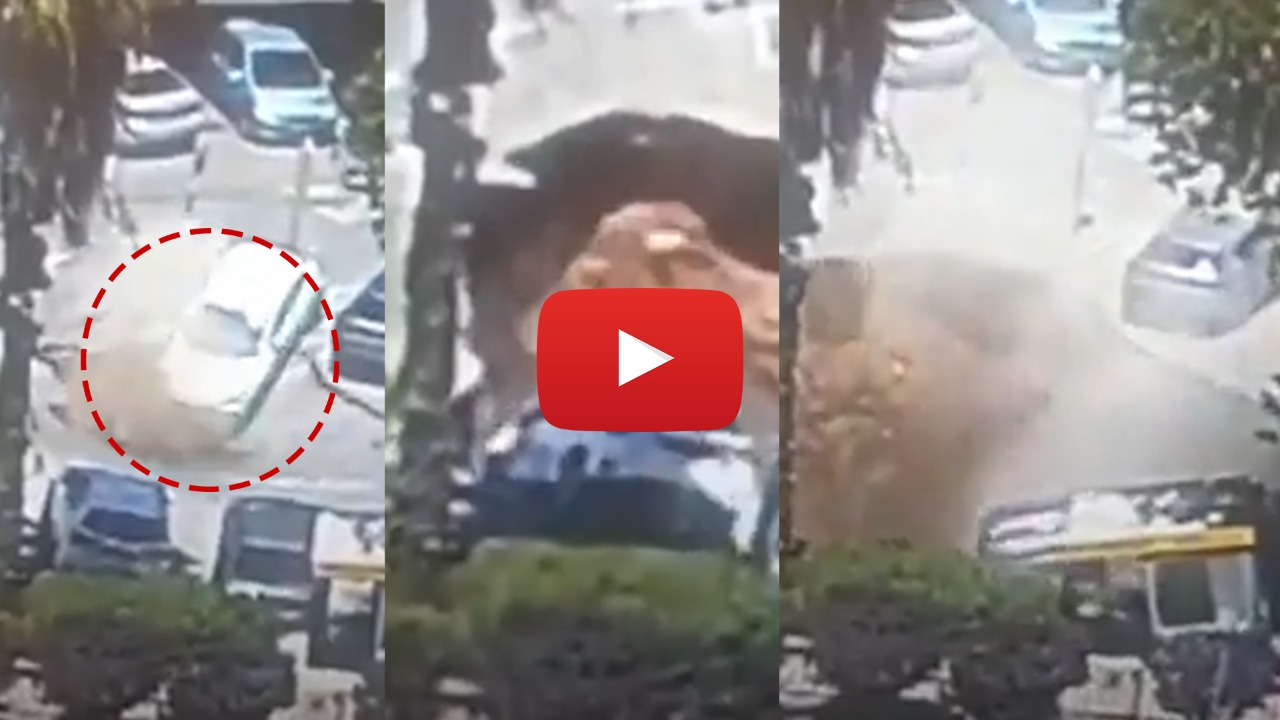 In a shocking incident, part of a parking lot outside a hospital in Jerusalem collapsed into a sinkhole. The sinkhole took several cars with it. The incident was caught on camera by bystanders and the video has gone viral.

The video is doing rounds on social media platforms. In the viral video, a portion of the parking lot can be seen collapsing into a sinkhole, taking three cars into it.

The incident took place at Shaare Zedek Medical Center in Jerusalem on Monday afternoon. The parking lot had around 50 vehicles, of which three were swallowed up by a sinkhole. Soon after the incident was reported, seven fire trucks rushed to the scene.

A special rescue unit was also deployed to search for any person who may have been trapped inside vehicles that were taken by the sinkhole. Fortunately, no vehicle had any person at the time of the incident and no injuries or causalities were reported.

According to authorities, the sinkhole appeared near a highway, where a tunnel is being constructed. The tunnels also run underneath the hospital and the parking lot, where the sinkhole emerged.

Currently, the authorities are investigating if the digging of the tunnel has any connection with the sinkhole incident, said the Jerusalem affairs ministry.

The hospital management told that it had recently opened a new parking lot able to accommodate several hundred vehicles.