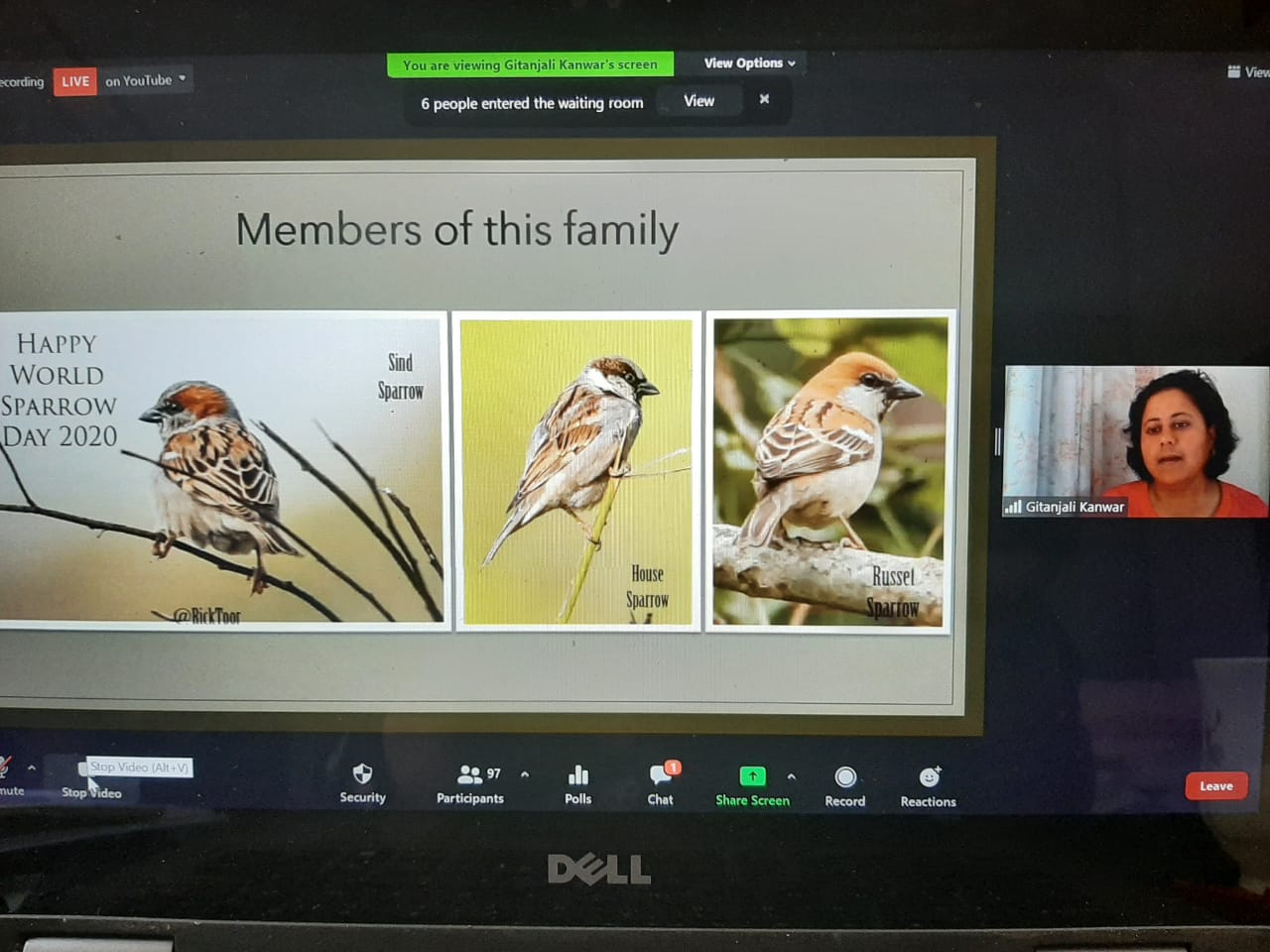 He said that five different species of sparrows are found in India. Out of the five, only one species is migratory while the rest are native to the Indian subcontinent. The most abundant and widespread is Passer domesticus. It's important to save sparrows by installing nest boxes, bird feeders, planting native plants and reducing use of chemical pesticides and fertilizers. He emphasized on saving sparrows to save humanity.

Gitanjali Kanwar, Coordinator, WWF-India added that there are about fifty species of birds that live closest to human dwellings. These birds include bulbul, sparrows’ pigeons, warblers, parakeets, etc. Such birds find birdhouses safer, protective and habitable. It is the survival instinct that urges the endangered sparrows to shift their natural habitats from houses and buildings to the artificially built bird houses.

Speaking at the occasion, Dr Neelima Jerath, Director General Science City said that humble house sparrow or Passer domesticus (gharaan di chidi) is a bird most of us grew up with. The chorus of chirping that greeted us at sunrise and sunset was as good as clockwork but slowly and surely these little delightful and hyperactive birds have bid adieu to our homes and cities. This has been an ongoing process since the 1990s. Further, each year March 20 is observed as the World Sparrow Day and rightly so, as these birds deserve our sincere conservation efforts to restore these birds to their genuine habitats.

Delivering vote of thanks, Dr Rajesh Grover, Director, Science City said that it is very important to raise awareness about the decreasing population of sparrows else we may hear stories from our next generation narrating once upon a time there was a little bird called a sparrow.