What are botflies that were removed from American woman's eye in Delhi which even US couldn't?

Upon the surgery, three live human botflies almost 2 cm in size were removed from the 32-year-old woman from USA 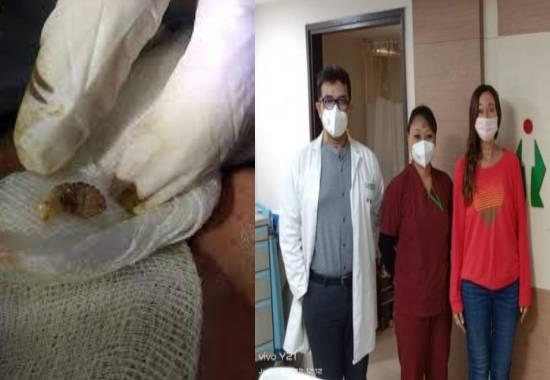 Those who say India lacks in medical infrastructure and health expertise needs to rethink as Indian doctors at Fortis Hospital in New Delhi's Vasant Kunj diagnosed an American woman with a rare version of the disease 'Myiasis'. An American woman visited Delhi's Fortis Hospital and complained  of swelling in the right upper eyelid along with redness and tenderness. The women had told the doctors that she visited Amazon rainforests and appears to catch the disease from there. Upon the surgery, three live human botflies almost 2 cm in size were removed from the 32-year-old woman.
It is pertinent to mention here that  upon feeling uneasiness in her eyes, she approached doctors in the U.S. who failed to diagnose the problem and gave her medicine to relief her eyes from the said symptoms. Now for those who are wondering what are botflies and how it can affect human's health can read further:
What are botflies?
Also Read: India in early stages of Precision Medicine deployment: GE Healthcare
As per Wired YouTube channel, there are several types of botfly that parasitize a range of mammals from horses to squirells to humans. Talking about how botflies can be transmitted in humans- a botfly that tackles a mosquito mid-flight and attaches her eggs in the insect belly. When the mosquito feeds on a human body heat triggers the eggs to hatch into larvae which burrow into the wound but it pokes into rump out of the human's skin so it can poop which is courteous.
The botflies are a class of dangerous parasitic insect species and belong to the group of insects called "Oestridae". They create skin lumps in human flesh and transmit eggs that fully grow inside the human body and feed on them causing itching sensations like ticks leading to Myiasis disease. If the botfly is not removed it can lead to the destruction of tissues causing rare Meningitis or death.