What is Govt’s new cryptocurrency bill? Here's all you must know

The long-awaited bill aims to create a framework that will make it easier for the Reserve Bank of India to create an official digital currency. 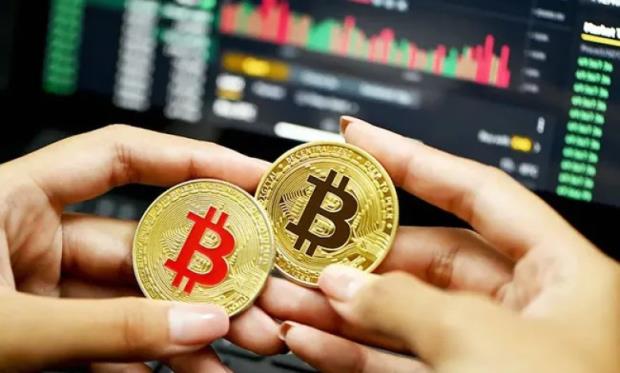 The government is slated to introduce a bill for the regulation of Cryptocurrency in India along with repealing three controversial farm laws in the winter session of parliament starting on November 29. Developments indicate it could be a tumultuous winter session of Parliament.

The Cryptocurrency and Regulation of Official Digital Currency Bill, 2021, is one of 26 bills scheduled for introduction in the Lok Sabha during the winter session.

This month, the prices of popular cryptocurrencies have fallen from their all-time highs. Following the announcement, no significant movement in the prices of these currencies was observed, despite the fact that they were trading on an upward trajectory Tuesday. While the price of Bitcoin increased by 0.09 percent in 24 hours, the price of Ethereum increased by 2.68 percent, according to coinmarketcap.com.

What is Cryptocurrency and Regulation of Official Digital Currency Bill, 2021?

The long-awaited bill aims to create a framework that will make it easier for the Reserve Bank of India to create an official digital currency.

It also "seeks to prohibit all private cryptocurrencies in India, but allows for certain exceptions to promote cryptocurrency's underlying technology and uses."
There is currently no regulation or prohibition in place in the country regarding the use of cryptocurrencies.

Do we need this bill?

“There has been an increasing number of advertisements, some even featuring celebrities, promising easy and high returns on cryptocurrency investments. Concerns have been raised that such currencies are being used to deceive investors with misleading claims.”

"All democracies must work together to ensure that cryptocurrency (bitcoin) does not end up in the wrong hands," Prime Minister Narendra Modi said at the inaugural Sydney Dialogue on November 18.

Also Read: Bill to ban all cryptocurrencies to be tabled in Winter Session of Parliament

Furthermore, because cryptocurrency is not issued by a central bank and has no sovereign backing, it is difficult to track and record.

According to a recent report, India has more than 10 crore cryptocurrency owners, while homegrown crypto exchange platforms claim that around two crore Indians have invested in cryptocurrencies.

Last year, the government planned to outlaw all cryptocurrencies, and a bill was even planned to be introduced during this year's Budget. The bill, however, was scrapped.

Prime Minister Narendra Modi convened a high-level meeting with officials from various ministries and the Reserve Bank of India earlier this month to discuss cryptocurrency. It was then decided that while cryptocurrency could not be outlawed, it could be regulated.

Shantikanta Das, the governor of the Reserve Bank of India, has also voiced concerns about cryptocurrencies. "Cryptocurrencies are a serious concern to RBI from a macroeconomic and financial stability standpoint," Das said at an event in early November. The government is actively considering the matter and will make a decision. However, as the central bank, we have grave concerns about it and have raised it numerous times."

Industry experts and netizens slammed the move shortly after it went viral.

"I'm aware of the frenzy caused by recent news around Crypto," CoinSwitch Founder and CEO Kuber Ashish Singhal tweeted. "I urge you to remain calm and like always, DYOR before arriving at a rushed conclusion. Recent conversations w/the Govt point towards a progressive approach and there is no concrete statement made which claims otherwise.”

"No matter which way we try to read it, the definition of what constitutes 'private cryptocurrency' is not available anywhere. Also, the few lines we have today from the government are identical to the bill they presented earlier. There doesn't appear to have been any changes. We must proceed with caution in this regard,” says Sathvik Vishwanath, co-founder and CEO of Unocoin.

“It was an arbitrary title the last time I saw it, and it is the same now. If we go by the three or four lines that have been released today, it may appear that there is no new bill and that the old one is still in effect. For the time being, we are unable to make sense of the situation. Investors, on the other hand, are understandably concerned,” he added while talking to BusinessToday.

Nikhil Kamath, the co-founder of Zerodha and True Beacon, decided to add his two cents while crypto was dominating the Twitter trending chart. "Is the Indian government banning cryptos?" Kamath said on Twitter. "What happens to everything that is already in circulation?"