When Sona Mohapatra slammed Salman Khan for taking dig at Priyanka Chopra, but silent when he helped PeeCee?

When asked why she didn't comment on Salman Khan helping Priyanka Chopra escape an uncomfortable situation, Sona Mohapatra said she had been quick to criticize him in the past. 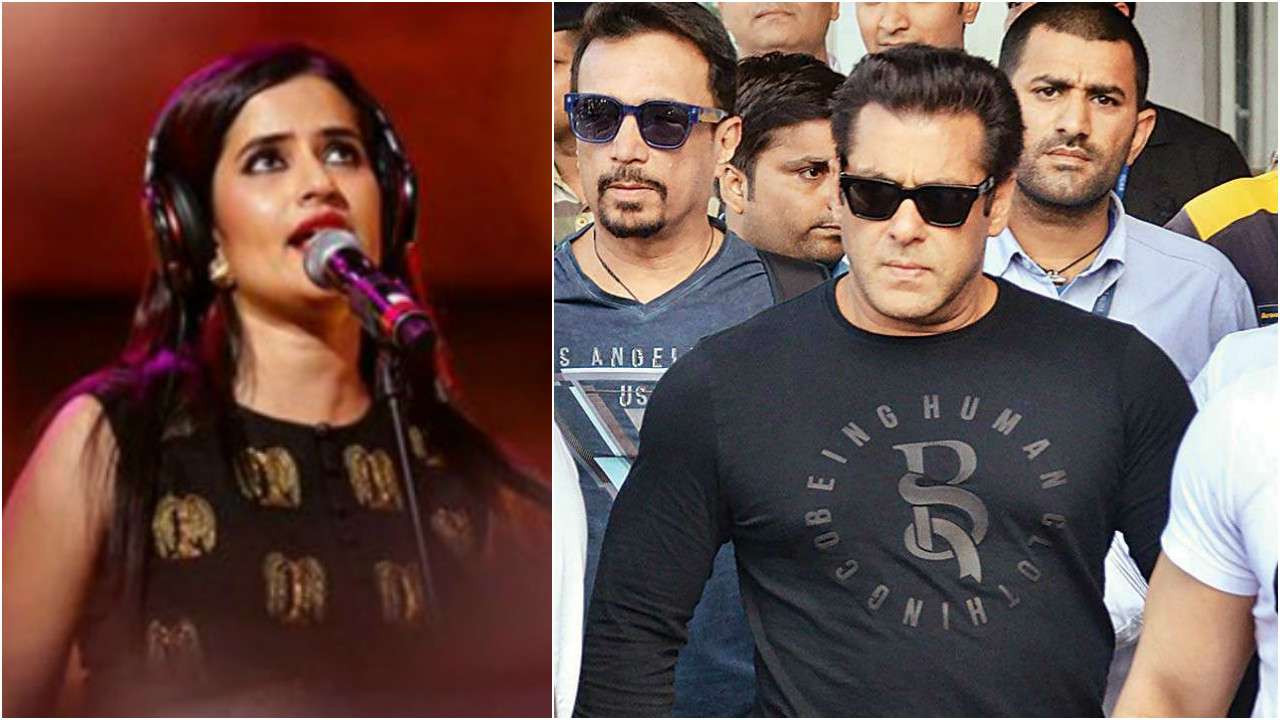 Sona Mohapatra, a singer, has been a vocal critic of actor Salman Khan, even calling him the "poster child of toxic masculinity." When actor Priyanka Chopra revealed in her autobiography that he saved her from an uncomfortable situation, a Twitter user questioned why she did not respond. 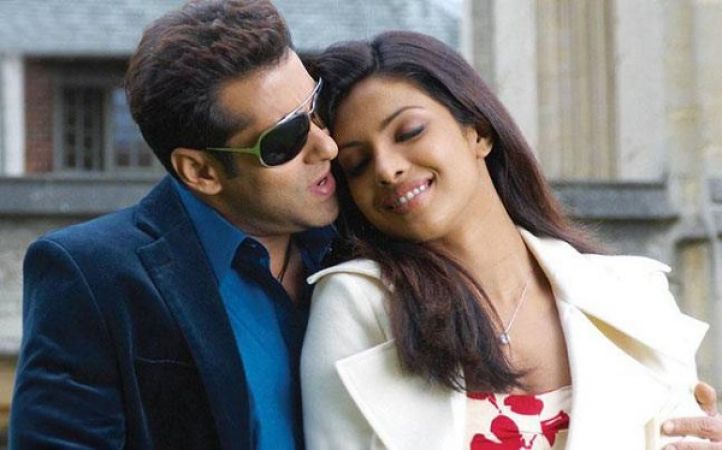 “In 2019 you mocked Salman by a tweet related to Priyanka Chopra. But why didn’t you say anything for Him when Priyanka Chopra praised Salman khan in her book ‘Unfinished’ as he saved her from doing a scene in movie which was uncomfortable for her.” Sona Mohapatra responded, "Cus I have better things to do," to a Twitter user's question. In the end, she added laughing emojis. 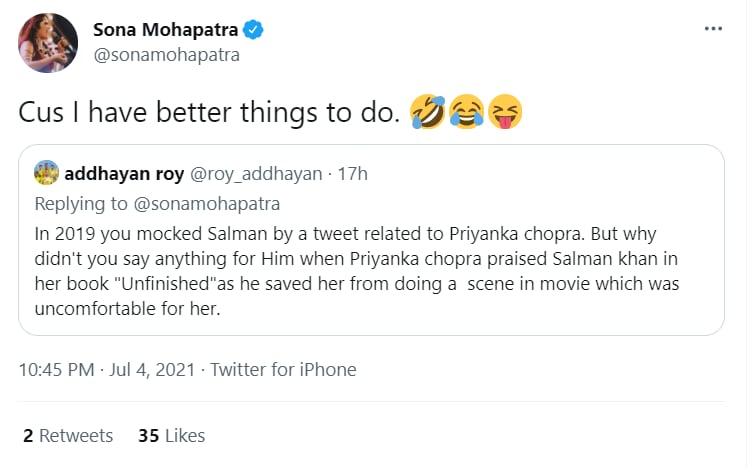 In her recently released memoir Unfinished, Priyanka Chopra recalls an incident from her early career in which a director told her that her ‘chaddiyan dikhni chahiye (panties should be seen)' in a song should be seen to attract in the audience. While she left the project the next day, the director appeared on the set of another of her films in a "agitated" state. Salman Khan, her co-star, had to step in. Also Read: Hot Sizzling PICS: Kiara Advani To Rubina Dilaik, B- Town Actors Who Shared Their Bold Bikini Photos This Week

Earlier, in 2019, Sona slammed Salman for taking digs at Priyanka because she quit his film Bharat. Priyanka Chopra had left the "biggest film of her career" to marry, according to Salman. He had said, “Usually people leave their husbands for this.” 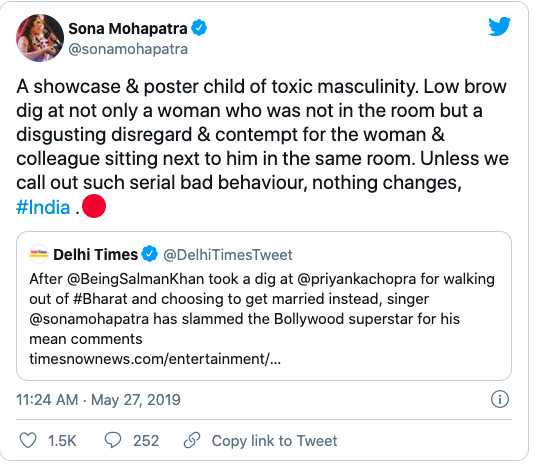 Sona, slamming Salman, had written on Twitter back then, “Cus @priyankachopra has better things to do in life, real men to hang out with & more importantly, girls to inspire with her journey.”

Sona has already chastised Salman for comparing himself to a "raped" woman while describing how he felt after the grueling Sultan shoot. She slammed him once more last year after he requested that his fans support Sushant Singh Rajput's fans and family.

Sona wrote on Twitter, “From the one and only poster boy of toxic masculinity, a ‘large-hearted' PR move! Of all, he had no need to tweet or apologise for the vile threats that his digital paid army had sent in the past in order to intimidate and bully others. Got his dad to speak every time he screwed up.”