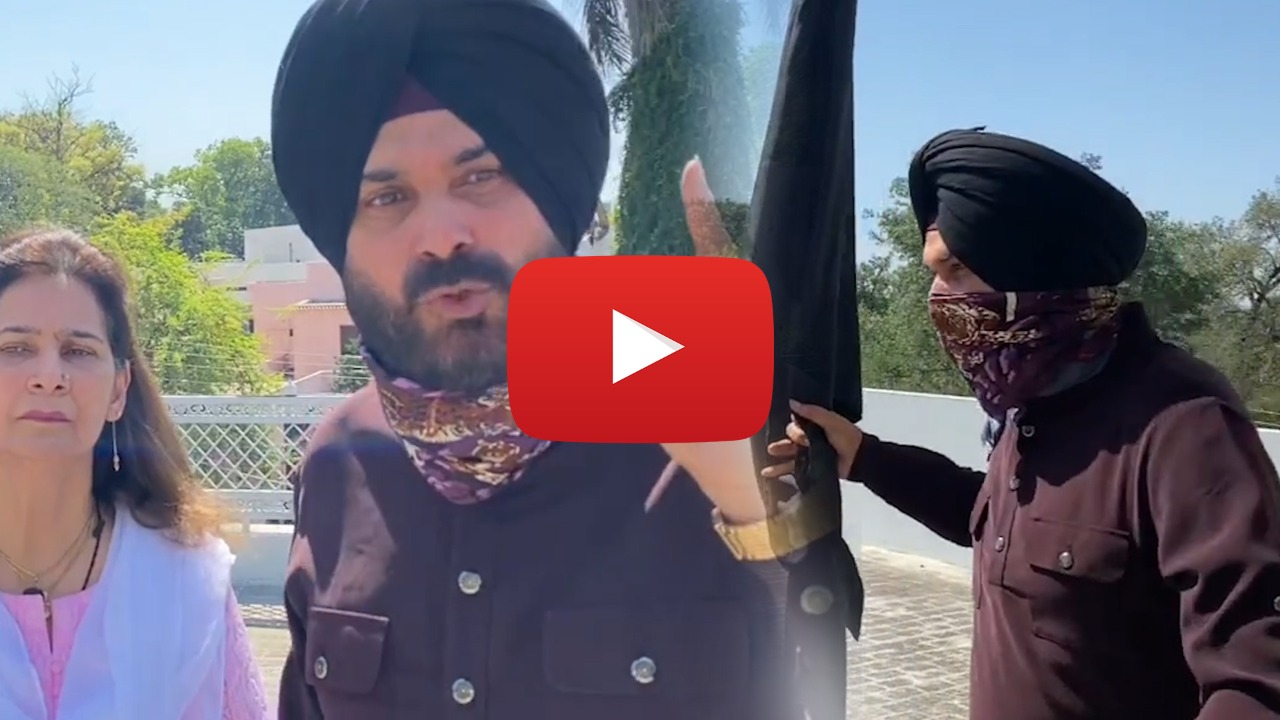 Contrary to Chief Minister Captain Amarinder Singh's stand who urged the BKU (Ekta-Ugrahan) not to go ahead with their proposed dharna, Congress leader Navjot Singh along with his wife came out is support of the farmers and hoisted black flag atop of his Patiala residence today.

Farmer leaders across the state appealed to the residents to hoist black flags to lodge their protest against the three controversial farm laws enacted by the Central government, and supporting the same, many residents, congress leader Navjot Sidhu, SAD Chief Sukhbir Badal and other Punjab leaders hoisted black flags at their places.


Appealing to every Punjabi to support the farmers, Navjot Sidhu, in a video posted on his Twitter handle, said, “From the past three decades, Indian farmers are worried due to rising debts and dropping income. When will Punjab walk on path of Khud Mukhtari (Independency), the path shown by Baba Nanak”?

He said, "Farmers have been lied to, and now these new black laws have proved to be the last nail in the coffin. I protest against these laws, and stand in solidarity with my father and brothers."

Also Read: Punjab Congress Conflict: “2022 elections under CM’s leadership could be a setback for the party”, says MLA Pargat Singh

Meanwhile, the Samyukta Kisan Morcha, an umbrella body of over 40 farmer unions, has announced it will observe May 26 as 'black day' to mark six months of their protest at Delhi's borders against the farm laws.

Farmer leader Balbir Singh Rajewal has appealed to people to raise black flags at their houses, vehicles and shops on May 26 to lodge the protest.