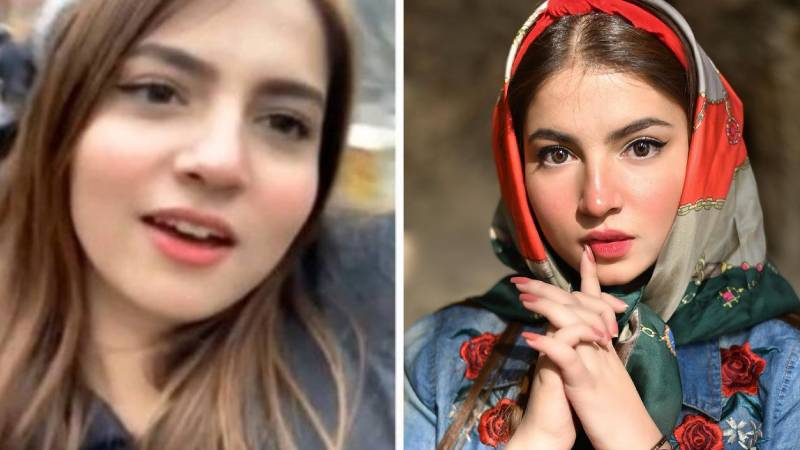 On social media nowadays, a meme is going viral.  In it, a girl holds a camera in her hand, who first shows a car parked behind her, then shows some of her friends and speaks some sentences with it. The girl says, "This is our car, this is us and our party is going on (ये हमारी कार है, ये हम हैं और ये हमारी पॉरी (यानी पार्टी) हो रही है.)". The girl who is in this simple four-second video made with her friends has gone viral on seeing her.

The girl who became a social media sensation overnight due to memes is a 19-year-old Dananeer Mubeen who belongs to the Pakistani city of Peshawar and calls herself a 'content creator' who talks on matters ranging from makeup and fashion to mental health.  In addition to spending time with his family, she loves painting and occasionally singing songs and loves dogs.

The video posted on Dananeer's Instagram has been viewed more than 10 lakh times so far and her number of followers on Instagram has gone beyond 2 lakhs after it went viral.

What Dananeer Thought Before Making The Video?

Going by the reports of BBC Urdu, she said that she did not plan this before. She had gone to visit Nathia Gali (Khyber Pakhtunkhwa) with her friends and stayed with friends for food, then suddenly took out her mobile phone and made a video and uploaded it.

Her Way of Talking:

She says that she does not talk like this and she adopted this comic style just to make the video. She says 'I know party' and I know that it is not a 'Pauri' party. I only did this to make you all (Instagram followers) laugh. Not only Pakistanis but Indians are also included in the making of memes on Dananeer. Musician Yash Raj Mukhate has also created a mashup using his viral video.

Also Read: What Is 'Year of the Ox' Showing In Your Instagram Profile?

A user wrote, "#pawrihorihai become an internet sensation in Pakistan"

Another user wrote, "This was needed"

"We want this type of rise in Pakistan economy as well !"

We want this type of rise in Pakistan economy as well !#pawrihorihai pic.twitter.com/8D2karZ1kk