Who was Jyotirao Phule? The activist who fought untouchability

He and his wife Savitribai Phule were pioneers of women's education and rights in India. 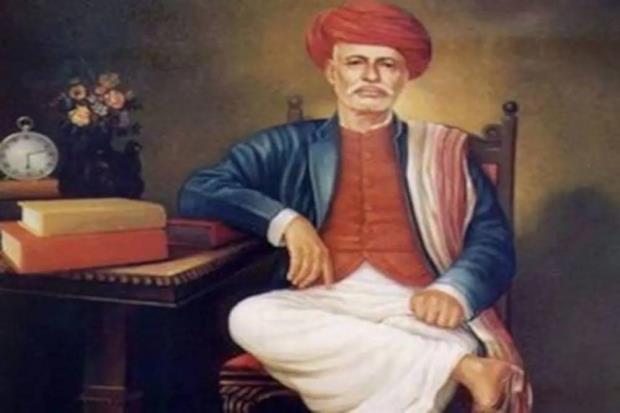 Jyotirao Govindrao Phule was born on April 11, 1827 in present-day Maharashtra belonged to the mali caste of gardeners and vegetable farmers, is known for his revolutionary works towards the eradication of social evils like untouchability and the caste system. He is an Indian writer, social activist, thinker and anti-caste social reformer who strongly advocated for women empowerment and girl child education. He and his wife  Savitribai Phule were pioneers of women's education and rights in India.

In the year 1888, on May 11 he was bestowed with the title of Mahatma, by a Maharashtrian social activist Vithalrao Krishnaji Vandekar.

As India remembers Phule on his 131 death anniversary let's see some of the lesser-known facts about the social activists.

As a staunch critic of the caste system, Phule always raised his voice against the discrimination people from the lower castes suffered in the country.

Jyotirao belonged to the Mali caste within the Shudra social class. His family used to cultivate and sell vegetables.

Jyotirao Phule studied at a high school run by Scottish Christian missionaries at Pune. His thoughts were said to be influenced by the American struggles for independence and against slavery.

Phule was married to Savitribai Phule was regarded as India’s first female teacher. He educated his wife at home and together opened a school for lower-caste girls in 1848 in Pune. During those times, it was rare to have any girl from the low caste attain education in the country. Later on, they went on to open a bunch of schools across the Pune area for girls who were considered untouchables.

Phule opposed child marriage and strongly advocated remarriage of a widow, which was not something normal at that time in the majority of castes.

The social reformer had founded a reform society named Satyashodhak Samaj that aimed to promote social equality along with uniting and uplifting Shudras and “untouchables.”

Phule was once rebuked by the parents of his Brahmin friend for attending his wedding as he belonged to a lower caste. This incident shook him and this is what made him work for the rights of lower castes people.

Also Read: Who is Rani Kamlapati? The Gond queen on whom Habibganj station has been renamed

Phule has also written several books on untouchability. He dedicated one of his books named Gulamgiri (slavery) to the African American movement to end slavery.

It is said that it was Phule who first used the word Dalit for depicting the oppressed masses who were often placed outside the ‘varna system’.