Why FIFA banned India? Here's everything you need to know and how Praful Patel is linked to it.

As per the restrictions of the ban, no Indian team will be able to participate in international competitions or friendlies. 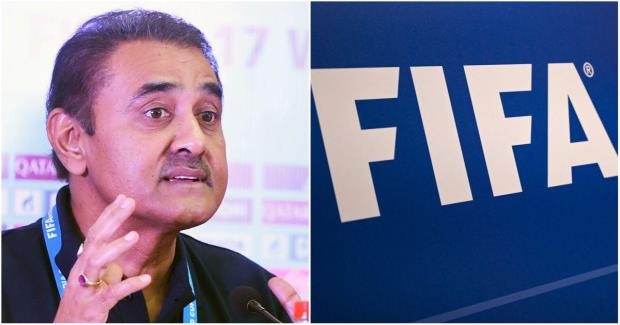 FIFA, the apex body of world football has suspended India with immediate effect. The FIFA U-17 Women’s World Cup which was scheduled to be hosted by India in October will not be held in the country now.

As per the restrictions of the ban, no Indian team will be able to participate in international competitions or friendlies.

The Supreme Court will hear the case regarding this matter on 17th August. Everyone in the country right now must be inquisitive about why has FIFA banned the All India Football Federation. Here is the reason.

What led to the ban?

The series of trouble began after the President of the All India Football Federation, Praful Patel who was also a council member of FIFA and an active politician of the National Congress Party refused to renounce his post as head of football in the country. The excuse that was cited by his was a court case regarding AIFF Constitution coupled with the long-drawn-out pandemic.

FIFA has stated that the reason for banning India is the undue influence of the third party in working and running of AIFF.

On May 18, the apex court of India which is the Supreme Court intervened in the whole matter and decided to relinquish Praful Patel from his post. After this, a Committee of Administrators was set up by the SC to run and handle the All India Federation of Football and the setting up of COA is where the contentious relation with FIFA began which eventually led to the ban.

What will happen after the ban?

The suspension by FIFA on India means that no Indian team or club will be able to participate in any of the international matches.

The U-17 Women’s World Cup which was to be hosted in India between October 11 to October 30 will no longer be held in the country. Also, Gokulam Kerala which was supposed to play the Asian women club championship stands canceled due to this.

Not only this but India’s Friendlies which was to be held next month against Singapore and Vietnam will also see no participation by team India.

Till when the ban won’t lift?

The ban on AIFF will not be lifted by FIFA till the time All India Federation of Football does not regain all its control.