The movie ignites another wave of hatred between the two religions. 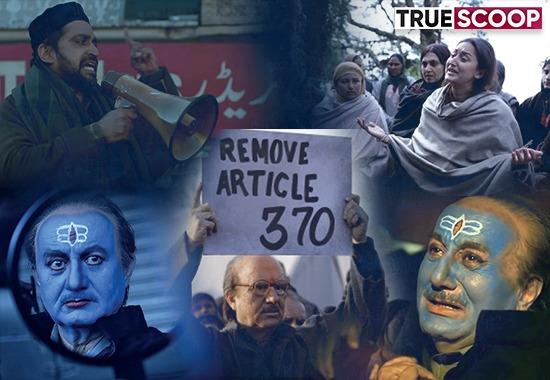 After watching The Kashmir Files, you realize that you know so little about the history and plight of Kashmir and its minorities. But the concerning part here is that the more you know, the trickier it gets because then you don’t know what to believe. We’re living in times where information is readily available; if that’s for better or worse, we can’t be sure yet.
Also Read: Uneducating The Youth: 5 lessons that Women must Unlearn to live better
As someone who believes in liberalism and secularism, I was adamant that the direction this country is heading in doesn’t resonate with hope or freedom. But the movie that I watched last night challenged it. It made me think twice about my notion. And then it hit me; that’s exactly what it was supposed to do. The movie ignites another wave of hatred between the two religions. The ruling party took some unprecedented steps to promote it in their own ways by putting tax breaks and encouraging members of Parliament and the entire country to watch it. We all know why.
The good thing about Kashmir Files is that it presented a naive character, someone the audience could very well resonate with, who was just trying to make sense of it all. Someone who was getting stretched between two extreme ends and trying to tell pain from propaganda and truth from lies. I believe it was a balanced narrative with the Kashmir Pandits rocking in sympathy’s arms. This crime against minorities was portrayed as genocide, not exodus, and the audience walks out convinced with that because how do you make a movie and get the green flag to show it to the world if you don’t have your facts right?
Also Read: Anupam Kher slams 'shamless' Prakash Raj & others over The Kashmir Files; shares heart-wrenching video
The thing we need to realize here, for the sake of humanity, is that Muslims aren’t wrong and Hindus aren’t right. The opposite isn’t true either. If we stopped seeing each other from the lens of religion, there’s hope that things will change. The generation that witnessed atrocity between the two religions is already very set in their notion. So, the work that we need to do here is to save our coming generations from the animosity that has been boiling over between Hindus and Muslims. As history has it, this clash has caused more bloodshed than rainbows and continues to do so. Very few people made the effort to question their conditioning and values that were passed on to them. But the circle needs to stop. If Hindu kids aren’t automatically taught to despise the color green and saffron isn’t Muslims worst pick, things could change.