Will Punjab CM accept Sidhu’s invite to an event without a formal public apology?

Meanwhile, on Tuesday, a show of strength was held at Sidhu’s residence in which as many as 60 Congress MLAs gathered 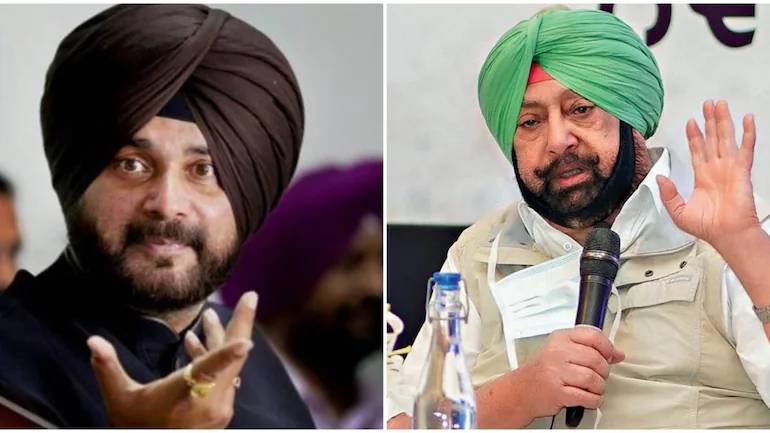 In a major development, the newly appointed Punjab Pradesh Congress Chief Navjot Sidhu has sent an invite to Capt Amarinder Singh to become a part of an event on Friday amid the escalating tension.

In this event, the cricketer turned politician will formally assume charge as President of Punjab Congress at 11 am on Friday at Chandigarh office.

Notably, Sidhu’s invite has come a day after Media Adviser to Punjab CM, Raveen Thukral, refuted reports of Capt Amarinder’s meeting with Sidhu until the latter issues a public apology for his derogatory attacks against CM on social media.

According to the sources, the newly elected four working presidents along with Sidhu have also sent an invitation to Punjab CM to join the event.

“The invitation letter has been drafted and signed by Sidhu and other leaders, including current PPCC Chief Sunil Jakhar,” said sources.

“It will shortly be sent to Capt Amarinder Singh,” sources added.

Also Read:In show of strength at Sidhu’s house, Pargat Singh says ‘Why should he apologise to CM?’

Meanwhile, on Tuesday, a show of strength was held at Sidhu’s residence in which as many as 60 Congress MLAs gathered. Notably, there are 80 MLAs in the Punjab Assembly.

In what is being called a ‘big show of strength’ three state cabinet ministers, several party district chiefs, and other prominent Congress leaders were among those who joined the Punjab PCC chief in the meeting.

However, now it will remain evident to see if Punjab CM will accept Sidhu’s invitation to join him on his special day or the longstanding feud between the two leaders will further widen.