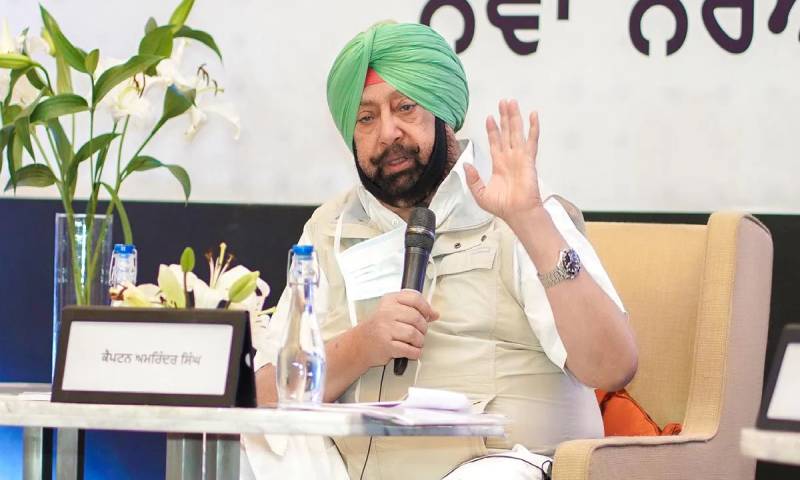 In the three-hour-long meeting, CM Capt Amarinder Singh has tabled the performance of his party leaders which includes the mutiny’s conduct against him. According to sources, CM went to the meeting carrying dossiers on a few ministers in his hands to show their alleged involvement in illicit activities.

However, whatever remains the matter of discussion, the significant part of the deliberation was the roadmap of Assembly Elections which are scheduled to take place in February-March in 2022.

Reportedly, Capt’s plan for the upcoming elections projected numerous methodologies to improve the financial status of Punjab along with the party’s achievements in the past years and what policies will be enforced to hold the confidence of Punjabis in the Congress.

This was the one side of the talks as cricketer-turned-politician Navjot Sidhu, who met the high-powered panel days before CM, is also said to have put forth his roadmap for the upcoming state elections.

As per the reports, Sidhu has given various ways in which the state’s revenue could be boosted to make it self-reliant. The liquor business, from which the state collects the revenue of Rs 5000 crore must be owned and controlled by the government to escalate profits, suggested Sidhu.

Sidhu further opined that control of sand business operations must also be taken from the private owners and the government should run it. This will also help the State government to encourage revenue. If the Punjab Congress abides by Sidhu’s plans, he believes that government would become self-reliant and will handle various socio-economic developmental projects without the intervention of the Centre govt.

Though leaders tabled their roadmaps of the 2022 elections, the question persists, under whose patronage the election will be contested?

It is to be reiterated here, Congress panel is yet to submit its report to the High Commission, which would decide the party’s future. Though various Congress leaders have formed a rebellious group against CM Capt, a major proportion of ministers and leaders want the Assembly Elections 2022 to be contested under Capt’s leadership.

Perhaps, the High Command’s youth leaders including Rahul Gandhi and Priyanka Gandhi do not want the present Punjab CM to be the face for the upcoming elections and pitch for Sidhu.

The rationale behind this is Punjab CM is among one of the senior party leaders who has established his and the party’s image at the domestic as well as the international level. Also, CM Capt is considered one of the eminent leaders who can shape the future of Congress in a better way.

Earlier in 2012, when Punjab Congress had to face defeat in Vidhan Sabha elections, which were contested under the leadership of Capt Amarinder Singh, camps against Capt were opened in the party. Later in 2013, Rahul Gandhi handed over the party’s baton to Partap Singh Bajwa.

However, turning Capt down from the positions might seem ruthless; he utilized that time frame to re-establish himself for the next elections. Similar to the present scenario, Partap Bajwa before the 2017 elections came in open rebellion against Capt and started anticipating that High Command would make him run for the chief ministerial candidature.

Fearing another setback in the 2017 elections, Sonia Gandhi among other senior party leaders had to convince Rahul Gandhi and Partap Bajwa to create space for Capt in Punjab Congress. And it was then when CM Capt announced this election under his patronage will be his last.

Nevertheless, once again, Capt Amarinder Singh is leading the camp of Assembly elections as he has already started low-key campaigning for it. This time, Navjot Sidhu is to be credited to challenge Capt’s conscience after leveling allegations on him.

Retaining Sidhu in the party is as significant as giving the baton to Capt Amarinder Singh for the 2022 elections because the High Command cannot bear to see Congress’s shattered image in the state which still reposes faith in the party.

Reiterating here, Congress High Command seems to have learned a lesson from the blunders due to which Himanta Biswa Sarma and Jyotiraditya Scindia abandoned the party.