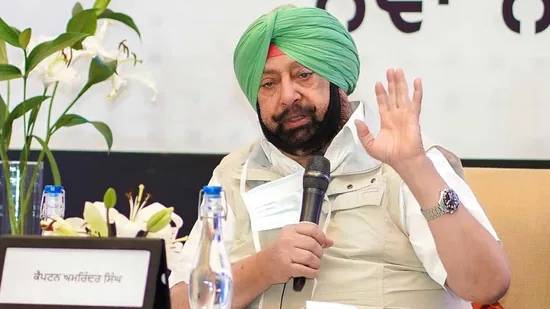 CM’s meeting with the three-member panel lasted for around 3 hours in which significant issues were discussed. Reportedly, CM has talked extensively about his party leaders/ ministers and tabled their performance of the ongoing term.

CM has also presented the performance card of the leaders who have formed mutiny against him. According to the sources, Punjab CM took 45 minutes to brief his team to the Congress panel and have much appreciated the deeds of state Finance Minister Manpreet Badal, Local Government Minister Brahm Mohindra, and Education Minister Vijay Inder Singla.

In the meeting Capt Amarinder Singh also defended his government’s four-year record and stressed upon the new policies including ‘Ghar Ghar Rozgar Yojana’ to ensure the massive employability options for the unemployed youth. On the Bargari Sacrilege Case, CM said the probe is still underway and the law would take its course.

Besides this, sources suggest that CM might have clarified his position to the panel over his alleged inaccessibility and the “excessive control of the bureaucracy.” CM further emphasized that under his patronage, the party has not been alleged on the grounds of scams or corruption activities in the ongoing term. Punjab Congress has shown "good governance with zero tolerance" towards the nefarious activities.

However, sources believe that most of the state issues that have been brought into limelight by the leaders were ‘procedural’ and could be addressed through ‘deliberative processes.'

It has also been learned that Punjab CM has also presented his roadmap for the 2022 Assembly Elections. He assured the panel that the upcoming elections will be won by the Punjab Congress only as the party has handled the Covid-19 pandemic situation diligently; compared to the other states, Punjab did not witness any scarcity of medical oxygen; the number of deaths due to contagious infection had remained pretty low.

In his roadmap, CM considered Congress’s age-old strategy of social engineering to attract certain vote banks. This time, Capt Amarinder Singh ponders upon using the Dalit card in the upcoming elections. Notably, in the opposition parties- BJP and SAD have already played the Dalit card to win the previously held state elections.

CM further ensured the high-powered panel that he has no problem if his former colleague Navjot Singh Sidhu joins the party. Deliberations are there that Sidhu could be offered to lead the Punjab Pradesh Congress Committee, which is presently being run by Sunil Jakhar and is reportedly not active at the booth level. Sidhu being elected as the chief of state unit might revive the party’s stature in Punjab and among party leaders. With this Sidhu’s responsibility will increase ahead of elections as he will have to abide by the social engineering methodology to give away tickets to the party leaders.

Additionally, CM Capt considers bringing up either a Dalit PPCC Chief or Deputy Chief Minister and for the same he has kept two names forward i.e. Amritsar MLA Raj Kumar Verka as Deputy CM and Education Minister as PPCC Chief.

He also added that if Sidhu is not keen to handle huge responsibilities then he could be given charge of the Election Campaign Committee.

Capt Amarinder Singh has already kept his view to the panel and believes that the organizational revamp will be on the basis of the ‘Dalit’ card. However, on the flip side, the mutiny against CM does not contend with the names that their state head representative has given.

The rebellious leaders assert that Technical Education Minister Charanjit Singh Channi has the potential either to lead the state at the second rank to CM i.e. Deputy CM or as PPCC Chief.

Moreover, the mutiny is resolute that the upcoming elections should not be contested under Capt Amarinder Singh’s patronage.

According to a senior Congress leader, “A possible formulation could be deputy chief ministership for Sidhu, along with key portfolios. With the Punjab BJP’s house in disarray, the Congress may want some Hindu leaders on top posts. The AICC panel’s deliberations may end up in the high command strongly messaging accommodation of all sections, including the Dalits. A comprehensive PCC reorganization and changes in the state Cabinet are plausible.”

To brief, three speculations— organizational restructure, re-joining of Navjot Sidhu and Dalit Deputy CM or PPCC President, are on the table now for the Congress High Command to consider for the party’s glorious victory in 2022 Assembly Elections.

With its last meeting with Punjab CM, the Congress Panel is likely to submit its report to the High Command for a review and take a final call.