Writing a big paragraph on quitting politics, Babul Supriyo on his Facebook wall announced that he is retiring from politics. 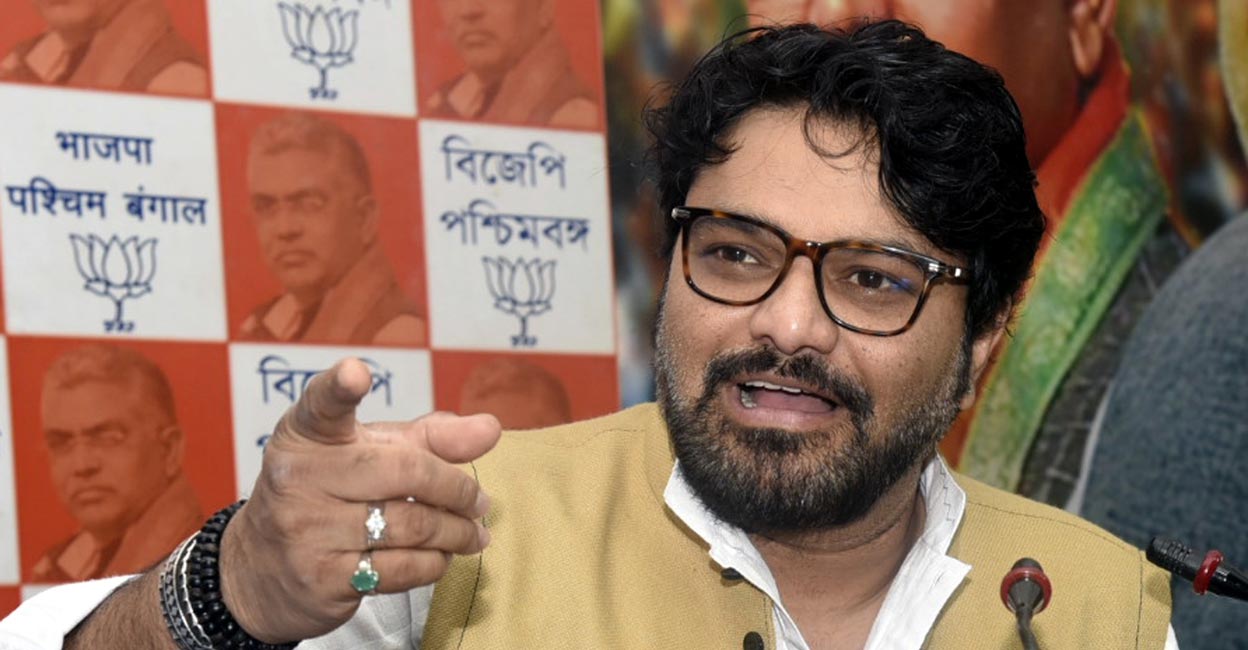 After announcing retirement from politics, former Union minister and BJP leader Babul Supriyo shared another post on his Facebook page targeting West Bengal BJP chief Dilip Ghosh and TMC's Kunal Ghosh for their comments on his decision to quit politics.

"I have read your comments. Each is seeing it in their own way and understanding it in that way and supporting it, they are opposing it, they are raising questions and also asking. Some people are using language as per their choice. I accept it all, but I can respond with my work. Why do I have to be in the post of an MP or a Minister?", Supriyo wrote in Bangla, sharing the screenshots of their comments.

He went on to add that after some time, he will not have time for all these comments as he will start focusing on his singing and shows. Positive energy will be saved that can be used for good work, Babul Supriyo wrote.

Reacting to Supriyo's retirement from politics, BJP's West Bengal unit president Dilip Ghosh in a press conference said that somebody should find out if he has given resignation.  Someone entering politics or quitting is an individual choice, I will not say anything on this, Ghosh said adding that by mere posting on Facebook one cannot quit politics and somebody should make him understand.

In a post, TMC's Kunal Ghosh had said, "Lok Sabha is on and Speaker is sitting. And instead of giving his resignation, there is drama on Facebook. Has no desire to quit. He is trying to get people to follow him. Like in Sholay where Dharmendra gets on to the tank and creates drama, Babul wants to divert attention. Actually, he used to sing but now he is doing drama."

Writing a big paragraph on quitting politics, Babul Supriyo on his Facebook wall announced that he is retiring from politics.

“After speaking to my father, mother, wife, daughter and friends and understanding everything, I am saying that I am switching over to any other party. I have not been called by TMC, Congress or CPIM and neither am I joining them. I am one team player! Have always supported one team, Mohun Bagan. Have done only one party BJP. That's it!” he wrote.

However, moments later, he edited the post and removed the bit where he said about joining any other party.

Supriyo was recently evicted from the cabinet.

Babul Supriyo was removed from the Union Cabinet that recently went through a reshuffle. Several new faces were inducted in the reshuffle of ministers by the Narendra Modi-led NDA government.

Me Surpiyo who is a singer by profession had lost the 2021 West Bengal Assembly polls from the Tollyganj constituency.

He further said that he is quitting politics to focus more on his personal life and nodded more time for himself. Adding that he joined politics to do social work, which he believes was no longer needed to be in politics to help and assist people.

BJP leaders say Babul Supriyo will remain in the party.

After his retirement announcement from politics, BJP leaders said that  Supriyo’s message was done in a hurry and he will continue to be part of the party.

BJP leader Rahul Sinha said, "I have not spoken to him (Babul Supriyo), if needed I will speak. As far as I can tell, he joined in my presence in 2014. He wanted to contest from Hoogly/ I explained to him and made him stand in Asansol. Babul Supriya is passionate, thoughtful. Artists are like that. He is still an MP. Emotions will subside, Babul Supriya is in BJP. He was, is and will work for the people for the BJP tomorrow," he added.