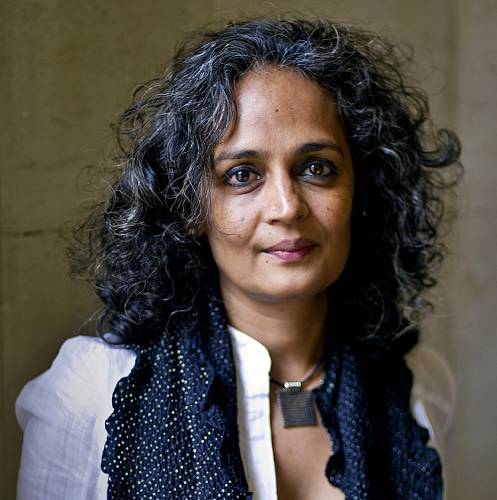 Arundhati Roy pens down a scathing article about the Indian Government’s mismanagement of the COVID crisis. Calls it a “crime against humanity”. She says it is hard to convey the depth and range of the trauma, chaos and indignity that people are being subject to. Meanwhile, Modi and his allies are telling us not to complain.

In her article, she says that: In 2017, India’s prime minister Narendra Modi in a polarising election campaign in Uttar Pradesh accused the opposition government of appeasing the Muslim community by spending more on Kabristans than on Hindi Shamshans. He stirred up the crowd by saying “If a kabristan is built in a village, a shamshan should also be constructed there,”

She then goes on to say that perhaps the prime minister is happy now that the haunting image of flames rising from mass funerals in India’s cremation grounds is making the front page of international newspapers. All the kabristans and shamshans reworking properly in direct proportion to the populations they cater for and far being their capabilities. She has also criticised how Modi keeps on boasting about his so-called achievements, ignoring how people and especially minorities have suffered since his government has been ruling.

The nation is going through acute oxygen and essential drug shortages, while the medical infrastructure has collapsed. People are dying outside the hospital and there’s a queue at the crematorium.

Author Arundhati Roy’s article on The Guardian has left Twitter in a split, with many in support of her opinion while BJP bhakts bashing her for being anti-Hindu. Titled India’s COVID catastrophe: “We are witnessing a crime against humanity”, is trending on Twitter and has been retweeted several times, where Roy talks about the political journey of Narendra Modi and how his laws have changed the nation in a big way.

See what Twitterati’s are saying:

A Twitter user wrote, ‘Eloquent, heart-breaking words from one of my favourite Indian authors’, another said, ‘I've avoided reading the news out of India because it's just so sad, and I already worry daily about my family, but this by Arundhati Roy on India’s Covid catastrophe is just devastating. ‘We are witnessing a crime against humanity.

"It’s as if there’s an invisible UFO parked in our skies, sucking the air out of our lungs. An air raid of a kind we’ve never known" - the Arundhati Roy piece about India made me cry and also get so so angry,’ said one user, another said, "The system has not collapsed. The “system” barely existed. The government – this one, as well as the Congress government that preceded it – deliberately dismantled what little medical infrastructure there was."

If many are supporting Roy’s powerful essay on India’s pandemic disaster, then there are blind followers of the government who are calling Roy a Britisher and her thoughts as anti-India.

A Twitter user said, ‘Chinese in India & Chinese in China are both busy manufacturing a narrative against Modi. The bloodsucker Dracula’s, preaching Red Flag terrorist ideology is now lecturing India. There is no diff between a Chinese Jessie Yeung or Indian Arundhati Roy. Both r Chinese at heart.’ Prashant Bhushan Arundhati Roy ka Male version hai. That's it. Rt if u agree,’ said another.

‘Had she said this in China about the virus she'd be 'missing presumed dead in 48 hours. That she is still alive to talk all this tripe here is proof that India is still a healthy democracy with a free press,’ wrote a user telling us about the privileges we have in India.

Also read: Same price for Covid vaccine all over India? Not yet

Wrote one Twitter user, ‘A well-known Modi-hate-brigade member, Arundhati Roy has been triumphantly joyful and gleefully active to malign the image of India abroad as she writes a long article in The Guardian, UK today. She will be happy if Modi fails and India falls. Sad !’

Get the latest update about Arundhati Roy trending on twitter, check out more about coronavirus pandemic, true scoop news, Indian Governments mismanagement of the COVID crisis & crime against humanity