Woman denied entry in Delhi restaurant for wearing saree as ‘it's not smart’, eatery issues statement

The eatery in its statement claimed that the customer had slapped a staff member. 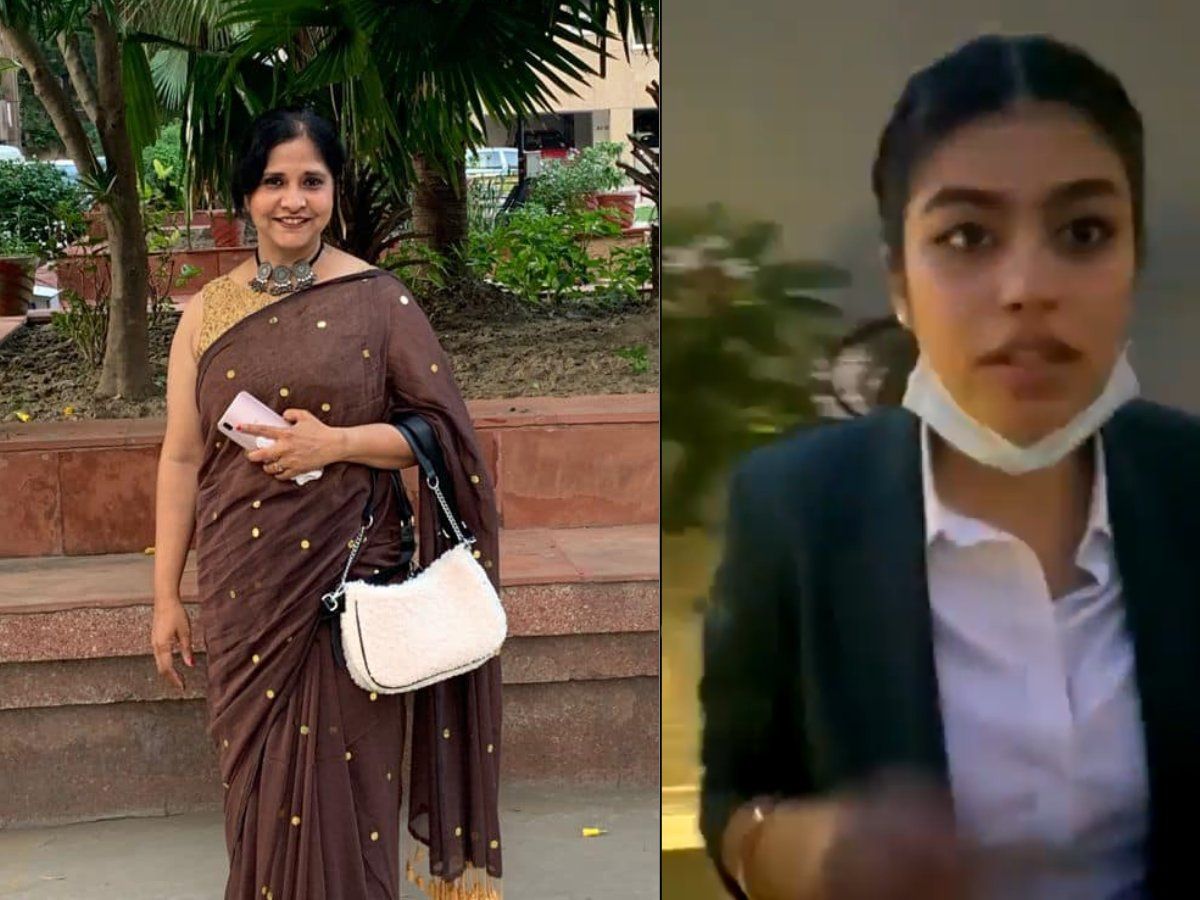 Even though the saree is our national attire for women, a South Delhi mall eatery refused to serve a woman wearing one. Employees at Ansal Plaza's restro-bar allegedly denied letting a woman in because her saree didn't meet the "smart casual" dress code.
A video of the incident is doing rounds on social media in which Anita Choudhary who is an ex-journalist is heard asking the staff, "Show me that saree is not allowed." When she says it again, a female staff member says, "We only allow smart casuals, Ma'am, and a saree does not fall under that category. That's it."
The incident is believed to have occurred at Delhi's Aquila restaurant.
Anita Chaudhary who was there to celebrate her daughter’s birthday was miffed by the incident and posted a video of her encounter on Facebook. She captioned the video, “Listen carefully to this video as there is a restaurant in Delhi where saree is not a smart outfit.”
Further, the caption read, “After that, many excuses were given against the saree but I was not allowed to sit in the restaurant because Indian paridhan saree is not a smart outfit in our India, Bharat, Hindustan.”
“The humiliation that happened because of my saree yesterday was bigger and heart-wrenching than any other insult that happened to me till now,” she added.
The video was also posted on Anita Chaudhary’s YouTube channel after which the eatery in the posh Khel Gaon area drew the fury of netizens.

“I am a saree-loving person. I love Indian attires, I love Indian culture. I believe saree is a most elegant, fashionable and pretty attire,” said Anita Choudhary on her youtube channel.
"I ask Prime Minister, Home Minister, Delhi CM, Delhi Police and National Commission of Women to tell me the concrete definition of ‘smart outfit’ so that I can stop wearing a saree," she added.

Netizen reaction
The videos related to the incident has gone viral, with a 16-second clip receiving over 2.25 lakh views. People on the internet are enraged by the incident and are criticizing the restaurant.
"This is insane,” said one user. Meanwhile, another commented, "An attempt to DESTROY INDIAN CULTURE."
Where a user wrote, "Saree is, was and always will be most elegant wear,” another asked, "Waise what are smart casuals? Are there stupid casuals too? I've seen people wearing torn pants. Smart casuals?"
Statement by eatery
The viral video bring huge embarrassment to the post restaurant after which the eatery decided to issue a statement. According to a statement issued by Aquila, the customer (Anita Chaudary) assaulted the staff.
The eatery in question also attached two snippets taken from their CCTV camera- one clip showing the customer actually slapping the manager and the other showing several customers entering the restaurant wearing traditional attire.
The statement says, “At Aquila, we believe in honouring our Indian community and have always welcomed our guests in all dress codes from modern to traditional."
Furthermore, the restaurant apologised on behalf of one of the staffers who remarked a saree not being appropriate for 'smart casuals.'