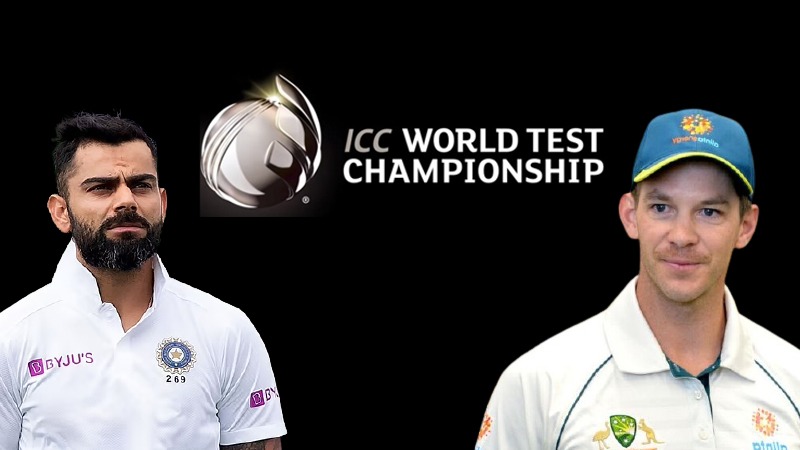 Australia climbed to the top and pushed India to the second spot in the World Test Championship (WTC) after the International Cricket Council (ICC) on Thursday effected changes to the WTC rules after several series could not be played due to Covid-19 pandemic.

Changes to the rules were made to determine the nine teams' standings on the points table.

Although India (360 points) still have 64 more points than Australia (296) and more series wins, the Aussies have gone atop after the ICC Board approved that the matches played and the matches lost won't be treated as drawn and points would be split. Australia now have 0.822 percentage points, which propelled them to the No.1 spot, while India have 0.750.

The changes were recommended by the Anil Kumble-headed ICC Cricket Committee.

England are at the third position with 0.608 percentage points, New Zealand fourth with 0.500, and Pakistan fifth with 0.395.

Also Read: "Smith and Warner were missing at the top of the order last time": Ricky Ponting on India's win last year

India will lock horns with Australia in a four-match Test series in Australia starting December 17 in Adelaide. The result of this series could change the league standings.

"The unprecedented disruption caused by Covid-19 means, to date, just under half of the WTC matches have been played, with that estimated to rise to more than 85 percent by the end of the competition window. Current regulations dictate that matches not completed shall be treated as a draw with points split. The Cricket Committee considered maintaining that status quo or determining the final WTC League standings from matches played," said an ICC press statement on Thursday.

"The Cricket Committee recommended the latter option, which was approved by the Chief Executives Committee and ratified by the Board, meaning teams will be ranked in order of percentage of points earned," it said.