Yogi Adhityanath’s Uttar Pradesh government has offered an “uninterrupted power supply" and a "pleasant atmosphere to industrialists from Punjab. 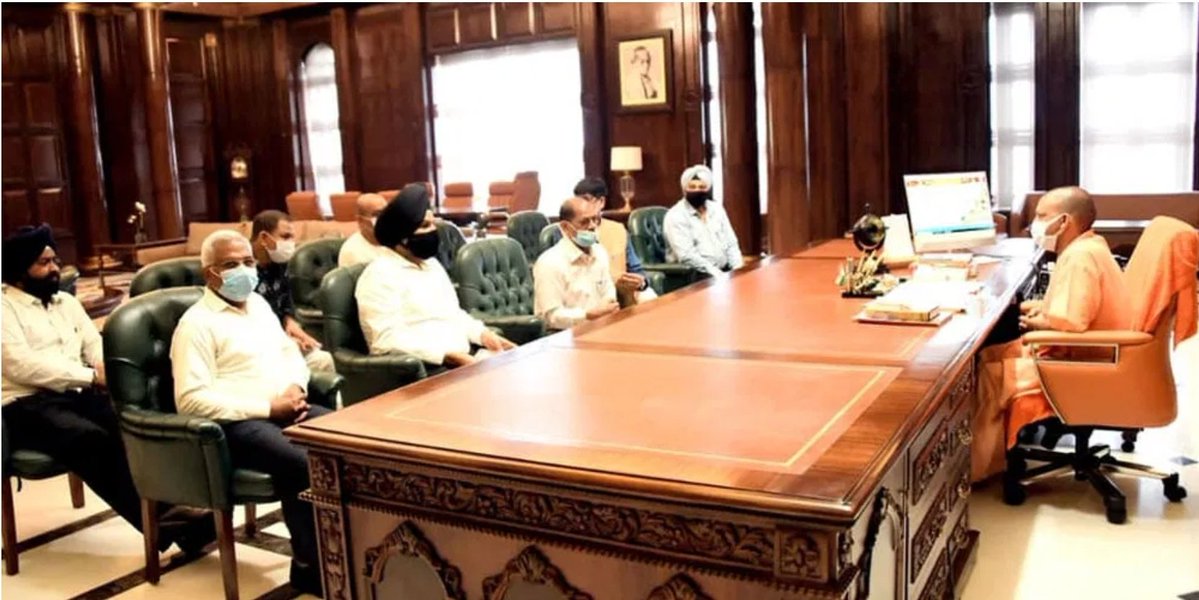 Amid the power crisis in Punjab, the state has become no less than a living hell for industrialists. The power cuts, extortion, law and order problems, and corruption give them a hard time. Following this, Yogi Adhityanath’s Uttar Pradesh government has offered an “uninterrupted power supply" and a "pleasant atmosphere to industrialists from Punjab.

Yogi’s invite to set up units in a “fully developed industrial area” in UP has come as a shock for the Punjab government. The UP CM has offered 24 hours continuous power supply that too at cheap rates, along with other perks to Ludhiana industrialists if they shift or set up new units in his state.

The UP government had invited industrialists from Ludhiana for a meeting with the Yogi. On Monday, a delegation of Ludhiana businessmen traveled to Lucknow and had three hours long meetings with Yogi Adityanath in his office.

“On Sunday, I received a call from a senior UP government official. He informed me that Uttar Pradesh Chief Minister Yogi Adityanath wants to meet with Ludhiana industrialists to explore the possibility of establishing industrial plants in the state. We flew to Lucknow and met with CM on Monday,” told TR Misra, a prominent businessman and chairman, Federation of Dyeing Factories Association.

The representatives from the Punjab-based Federation of Industrial and Commercial Organizations (FICO), Federation of Dyeing Associations, Focal Point Phase -7 Association, and Purvanchal Udyogik Vikas Parishad met with the UP CM.

According to Gurmeet Singh Kular, president of FICO, “Yogi Adityanath guaranteed the industry of 24-hour, continuous power, throughout the year. He further stated that the Uttar Pradesh government will provide a completely peaceful environment for the industry, with all laws and regulations in place. He also said that Uttar Pradesh is a part of the Eastern Corridor, which would provide the inexpensive and simple flow of commodities.”

“Arvind Kumar has claimed that UP Government would give a fully developed industrial area at the Yamuna Expressway junction points for easy access at very affordable costs, with all essential services for industry. Additionally, Jewar in Western UP is home to India's largest airport, which is currently under construction. In Punjab, we are suffering power outages, rising production costs, skyrocketing land prices, and a regular labor shortage. An offer like this can always be discussed,” said TR Misra.

Neena Sharma discussed various financial benefits on the state part of GST that will be offered to the industry under the Invest UP scheme. “We think the offerings are impressive. When we return to Punjab, we will discuss them with the union members,” said Ram Ugrha Sharma, chairman of the Atal Purvanchal Udyogik Vikas Parishad.

It is also said that the meeting of Industrialists with UP CM was already planned since March, however, kept delaying due to Covid. It's only a coincidence that it happened at a time when Punjab is experiencing power outages.