"You won’t see me in Bollywood if it wants to ban me for voicing my belief": American YouTuber Amanda Cerny On Farmers Protest

Amanda also voiced her opinion on why the Bollywood artists are not openly coming in support of the farmers. 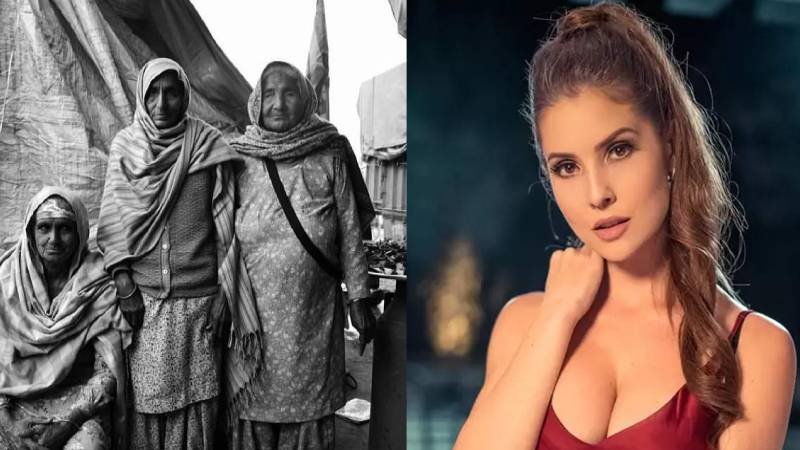 Famous American YouTuber and social media sensation Amanda Cerny who is also known to be the best friend of Bollywood actress Jacqueline Fernandez has extended her support to the farmers on the ongoing protest. Amanda's support came after Hollywood pop-star Rihanna on Tuesday extended her support to the protesting farmers and asked why their issues are not being discussed?

Following that Amanda took to Instagram and wrote, "The world is watching. You don't have to be Indian or Punjabi or South Asian to understand the issue. All you have to do is care about humanity. Always demand freedom of speech, freedom of press, basic human and civil rights-equity and dignity for workers."

Amanda also voiced her opinion on why the Bollywood artists are not openly coming in support of the farmers. She claimed that she has talked to many Bollywood actors and they are silent as the issue is 'too political' and they are afraid of losing their career and business.

Following this, people started to troll Amanda, however, the American YouTuber did not back down and reverted back to the trollers.

On accusations of paid tweets by Rihanna and the American Vlogger, Amanda wrote, "Wait?!? You’re saying Rihanna isnt already rich enough and Everyone you listed got paid?!? If that’s all true, I would like to get paid toooooo for being a well informed, overall awesome and compassionate human being! Please venmo me immediately!!!!"

"Who hired the idiots that wrote this propaganda. “A completely unrelated group of Celebrities conspiring end being paid to destroy india”? I mean come onnnnnnn. At least make it SOMEWHAT realistic:"

Also Read: Jacqueline BFF Amanda Cerny On Bollywood's Silence Over Farmers Protest: I've Spoken With Many, They Don't Want To Hurt Their Business

Another user slammed Amanda and said that she is now banned in Bollywood. On this, Amanda replied, "Love the films. But If Bollywood wants to ban me for  voicing my belief of the need for basic human rights, I guess you won’t be seeing me in Bollywood."

Also Read: Jacqueline BFF Amanda Cerny On Bollywood's Silence Over Farmers Protest: I've Spoken With Many, They Don't Want To Hurt Their Business