Creators will still be able to view the number of dislikes on the videos. 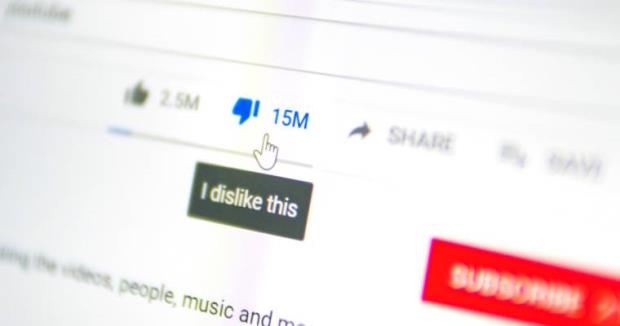 YouTube has rolled out an update of hiding public dislikes counts on videos across its platform, which starts from today. The video streaming site said that it will keep creators from being targeted by dislike attacks or online harassment and promote “respectful interactions between viewers and creators.”

Often people misuse YouTube to carry out their personal vendetta against a celebrity or influencer and go on to abuse them publicly. People from groups in large numbers deliberately hit the dislike button on a video of the person they dislike. For example, the entire Bollywood was targeted after Sushant Singh Rajput’s death for no reliable reasons. Therefore, this move is essential to have a safe environment for the creators.

Earlier, in March YouTube said that it is experimenting with the hiding of the public dislike numbers and individual creators for long have been able to hide ratings on their videos. But the disappearance of dislike counts will be a great step as viewers are used to being able to see the like-to-dislike ratio as soon as they click on a video and decide on the number of dislikes whether to continue watching the video or not. So, now no availability of the dislike button will close the door for harassment.

“Earlier this year, we experimented with the dislike button to see whether or not changes could help better protect our creators from harassment, and reduce dislike attacks — where people work to drive up the number of dislikes on a creator’s videos. As part of this experiment, viewers could still see and use the dislike button. But because the count was not visible to them, we found that they were less likely to target a video’s dislike button to drive up the count. In short, our experiment data showed a reduction in dislike attacking behaviour,” YouTube blog read.

The company has also revealed that many small and first time creators were brutally targeted and confirmed that online harassment does occur at higher levels on smaller channels. “Based on what we learned, we're making the dislike counts private across YouTube, but the dislike button is not going away. This change will start gradually rolling out today,” the blog stated.

Other social media networks have given the users the option to hide the rating metrics. Instagram and Facebook have already provided the users with the option to hide the like counts to avoid the potential social pressure that comes with having to measure the rate of your success on the platform being visible to everyone. Hiding the dislike count could help the creators stay away from online harassment.